Ever since it was teased by the Korean company at the beginning of September, the upcoming Samsung Galaxy View tablet has had information about it leaked here and there. It got Bluetooth certified, then was spotted at the FCC, and through a benchmark run we found out all of its specs.

However, up until now the only image we had to go on was the one in the aforementioned official Samsung teaser, which isn't extremely useful. Thankfully though, today six new pictures have been leaked showing the Galaxy View from all angles. 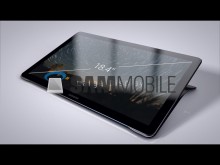 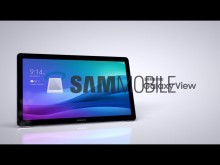 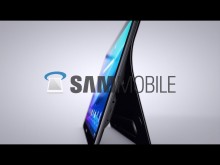 These seem to be taken from a promotional video that Samsung is readying for the huge 18.4-inch tablet. This could mean that we're finally close to the device's unveiling, but nothing's certain.

As you can see, the Galaxy View will feature a dock or stand that folds to keep the tablet upright, and this dock interestingly has a handle to make carrying around the 18.4-inch behemoth that much easier. The shots also show the 2 MP front-facing camera on the Galaxy View. 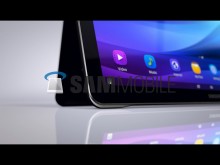 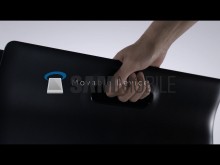 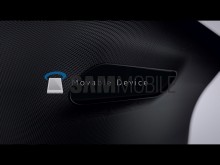 And unlike any other recent Samsung tablet, the Galaxy View will not have the trademark physical Home button flanked by capacitive Back and Recents buttons. This may have something to do with how practical it would be to press a physical button on a device so big - either way, on-screen Android buttons will make an appearance.

The Samsung Galaxy View will have a 1080p touchscreen, 2GB of RAM, 32GB of storage, Bluetooth, Wi-Fi, GPS, and it's going to be powered by a Samsung Exynos 7 Octa chipset, coming with an octa-core CPU with four Cortex-A57 cores and four Cortex-A53 ones. The tablet will probably launch running Android 5.1.1 Lollipop.

how when you have a TV controller and batteries are not working properly why we press harder the buttons ??? questions with no answers

Genius design. I love it. I hope Samsung came up with more product that is as innovative as this. We want curved edge tablet. I would like to see tablet with curved edge.

On the bright side, we can finally have a full size mirror with this ridiculous tablet. It look like a painting carrier bag with those handheld.