The Samsung Galaxy S is selling very well - in South Korea. Samsung says it's because the Galaxy S is better tailored to the South Korean market than some of its competitors, like, say, the Apple iPhone 3GS. 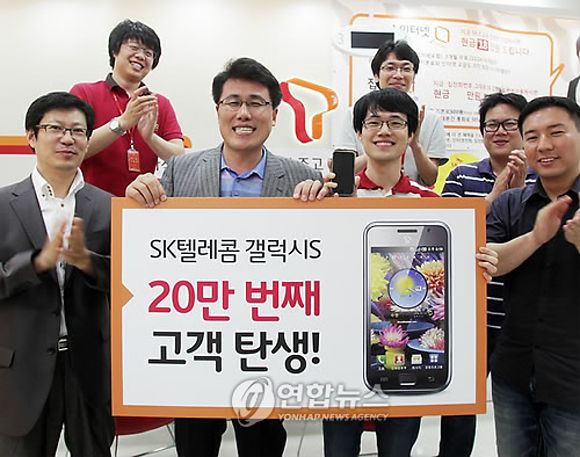 Samsung attributes this to the preloaded app package that serves South Koreans better than what the Apple offering comes with. Of course, this is quite a local view on things. (Worldwide iPhone 4 sales are ludicrous), but Samsung has a staggering amount of Galaxy S phones around the world too - "Galaxy S" has turned into a series rather than a single phone.

Anyway, congratulations to Samsung for a job well done - now, get those programmers back to work, we're waiting for the promised Android 2.2 Froyo update.

Still impressive, with all the iNubs around! =P There are more pro's then cons, compared to the 4g, i'm all specs and like to create apps for this open system.

What a bunch of crap. Read up on tech please. Lcd displays are far from equal. The best screens that graphical artist and protographers use ARE LCDs In-plane-switching IPS-LCD panels like on the iphone. Please come back after you have colorcalibrated...

x10 nobody cares about sonyeric anymore they are so 1990s. I spent thousands on their overpriced crap phones with symbian in the early 2000s. year after year never will i buy a se product again.