Android developer @LlabTooFeR said on Twitter that the Android 5.0 update for the HTC One M8 and M7 won't bring Sense 7.0. Both phones will still have essentially the same Sense 6 as on the KitKat ROM. 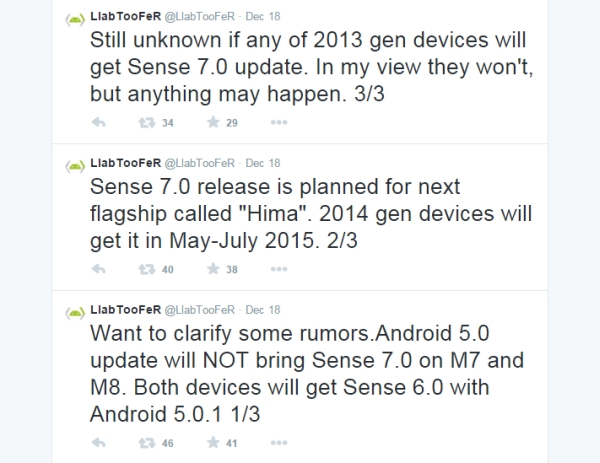