It is widely believed that Apple will be launching two versions of the iPhone 6 later this year. One of the models is said to have a 4.7-inch display, and which we have seen leak several times in the past, and the other a rather enormous (especially for Apple) 5.5-inch display, which haven't heard much about. That is, until now. 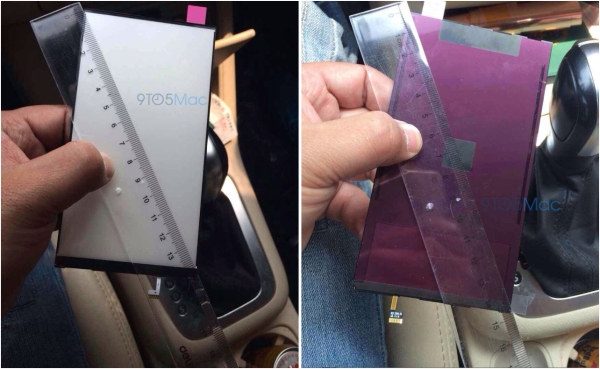 The images above are from 9to5Mac and show a component from the iPhone 6 display. A ruler is conveniently placed next to it and we can clearly see it measures 14cm diagonally, which is approximately 5.5-inch. Other than that, we don't have much else on the phone right now.

The new iPhone 6 is said to have an all aluminum body. The two models, other than their sizes, will have identical design. The exact specifications are still a mystery but it's rather amusing to see Apple resort to such large display sizes, after years of sticking to 3.5 and 4-inch displays for the iPhone.

As usual the folk slagging the iphone most likely can't afford it.

people aren't trolling you smallbrain, when compared to today's smartphones then the iphone was getting behind a bit, especially since full HD is basically the norm and browsing the web on a small 4inch screen is hard. 5.5inch is too big for a phone ...

Have you ever heard of IGZO display? i think that's a tehnology to be watched