5" HTC Butterfly S and 4.3" One mini to have UltraPixel cameras

The HTC One is finally starting to gain traction and rumor has it the company will bring a couple more devices based on it, the HTC Butterfly S and the HTC One mini (M4).

The Butterfly S is a slight upgrade over the current Butterfly with the same 5" 1080p screen, but an UltraPixel camera and higher capacity battery, which reportedly makes the device thicker than the One.

The HTC Butterfly S is also rumored to have a microSD card slot and will presumably use a newer Snapdragon chipset. It's expected in late June.

The HTC One mini (M4) is a Galaxy S4 mini competitor with 4.3" 720p screen, dual-core processor, 2GB of RAM and an UltraPixel camera. It will have stereo speakers on the front and run Android 4.2 with Sense 5. 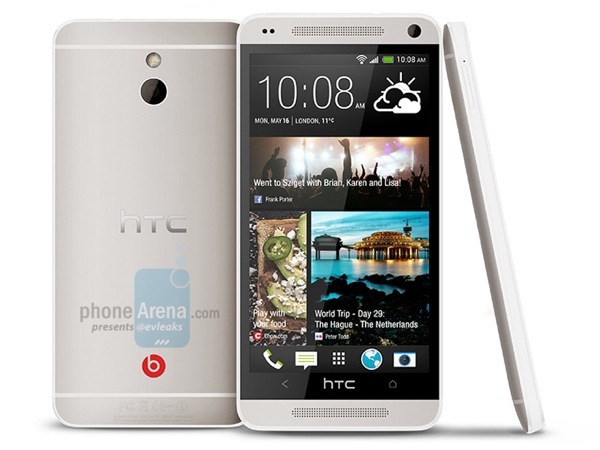 The One mini is targeted for a mid-July launch. Previous rumors give it 16GB of storage, Beats Audio 1,700mAh battery and LTE connectivity.

As for the regular HTC One, it is expected to receive two new color options - Red in mid-July and Blue later on.

Butterfly S is already on sale,only in white,at the moment.All HTC outlets in Taipei have stock.16gb only. the phone feels good in the hand.

Why do I have to compromise. This phone might be called mini, but that doesn't mean its too small to fit in some strong hardware. Just because I like small phones doesnt mean I want mid-range specs. See the xiaomi mi-2s and the moto razr i. Both...

Hey, I've had the HTC touch, wildfire and sensation 4g. Agreed they all lagged at times, the sensation was by far the best of the 3 and was able to play all the high-end games with no problems. But now I have the HTC one and it is a totally different...