Another Tuesday, another Xiaomi flash sale occurs. On September 23, the Chinese phonemaker is set to launch 60,000 Redmi 1S smartphones in India. Presumably, they'll sell in under 10 seconds. 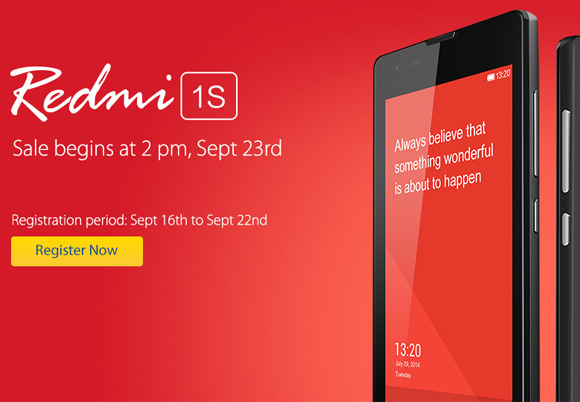 Unlike its previous flash sale, which offered 40,000 Redmi 1S phones to eager customers in India, this time the company has bumped the number. Now, 20,000 additional phones are available for purchase.

In order to have a fighting chance to get your hands on one, you have to register until September 23 and are allowed to do so only once. Xiaomi advises you to be logged in 2-3 hours before the sale begins in order to have better odds.

The smartphone is offered for just INR 5,999, which is around $98 at the current exchange rates and is even a bit cheaper than what the same handset goes for in China.

This phone is very poor so I suggest to you don't purchase....... I have experience with 2 year

worst phone i ever seen in my life. phone is not charging since last three days. I replaced the phone battery then i came to know charger is also corrupted. I lost my 6000/- in dustbin. refund my money, take you garbage back.