Sony has unexpectedly launched a firmware update for its flagship Android smartphone the Xperia T a couple of months ahead of what was initially scheduled. 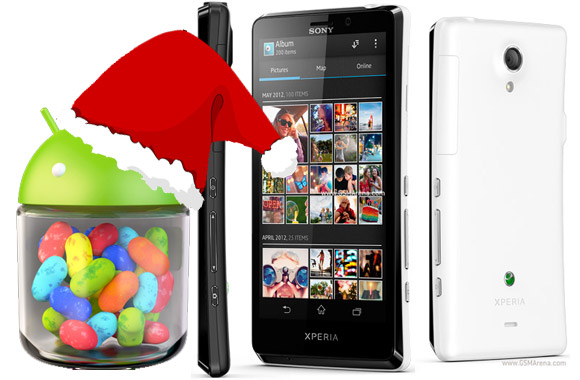 The Android 4.1.2 Jelly Bean update then comes just like a Christmas present for Xperia T owners. It has hit the international version of the smartphone (LT30p) as well as the AT&T branded Xperia TL (LT30at).

As blog SonyViet reports, the update brings a significant improved in battery life, in addition to the smoothness added by Project Butter. Here are some screenshots from an updated device.

The update should be already hitting Xperia T devices all over the world, but in case it isn't just yet, hold on tight. Evidence show you should be getting the update soon.

its possible that any update will appear on my sony xperia t i live in bangladesh eagerly waiting for the update......i dont want to be hurt...

Hi Is it possible to provide me this way Sony Xperia T jelly Bean 4.1.2 note I I live in Saudi Arabia Thanks

been checking since this false info was leaked, if not Sony then i wonder who would or why was this around the net knowing that JB was meant to come out during middle of Q1. either ways POOOOOR on sonys behalf with the google updates