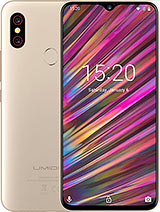 Fergie, 03 Jul 2019Hi does anyone have problems with Google pay. The NFC works ok with my headphones. All the NF... moreWorks for me here in Canada.

ciciban072, 12 Aug 2019I have this phone for several months now and must say I love it, it is a great value for the m... moreForgot to mention the call quality is great on both sides of the call and the speaker is decent. No issues what so ever with the wireless too works same as on any other device I have connected to my network. No complaints about the bluetooth my wireless earbuds pair instantly and they sound same as when paired with my old phone or tablet.
Bought the phone from Banggood and honestly this is the first and last time I buy from this seller. Delivery took more than a month, for some reason came from or via Europe although they said Chinese stock and I am in Australia. The box was opened and tampered with and the phone case looked second hand. So be warn, avoid Banggood!

I have this phone for several months now and must say I love it, it is a great value for the money. No issues in day to day use, it is fast without any lagging, I have multiple apps active all the time, just in the browser have like 40 tabs active. The UI is responsive and the FHD+ screen is good and bright enough in daylight. The huge battery (and pure android 9) is the main reason I bought it in the first place. It lasts me up to two and a half days with normal usage which in my case equals to about 4-5 hours per day of active usage like browsing, emails, chat, watching a youtube video or listening to music. The fingerprint sensor works great most of the time but needs quite an accurate positioning of the finger over the sensor in order to work reliably. The camera is the worst part of this phone, I would rate it 5 out of 10, so if you are after a phone with a good camera this is not the one. Apart from that, I'm very impressed by this phone and would recommend it to others that are after a pure android phone with great battery and performance.

jakkub6, 11 Jun 2019I bought an F1 Play. The battery life is great. I get good connection to the internet. However... moreAll us GSM/umts/LTE carriers work with this phone.

jakkub6, 11 Jun 2019I bought an F1 Play. The battery life is great. I get good connection to the internet. However... moreThis phone works on any carrier as it has all the bands available anywhere!

Kiwi, 18 Jun 2019Bought this phone through GearBest. I'm finding that apps (including the settings) keep "stopp... morethis happened to me until it completely shut off and never came back up

This is MY experience on my F1 Play. Ymmv.

I picked up the Umidigi F1 Play on Amazon prime days. All in, $240 CAD... Killer deal.
So far this thing is very impressive. Almost no bloatware, stock Android. I threw Nova launcher on it and have it set exactly how I like. The camera app got updated as soon as I had a wifi connection and it made a BIG difference. It's quite good in daytime shots but fairly weak in any kind of low light, even with night mode. Reasonable, but a fair amount of noise. Possibly could be improved with another app.

That's my only complaint at all. The phone is wicked fast for me. My usage pattern is social media, email, books, YouTube, web surfing. I would not say I am a 'power' user. I use the phone a lot but no gaming.

My wifi and cellular (Rogers) connectivity seem good/fine. I was using Spotify on cellular no problem. Speedtest shows my F1 being about 90 percent as fast as my old nexus 6P. Cellular was about the same.
I connected one BT speaker up so far without issue.
Battery life for me is insane (good) so far. Easily 10 hours of SOT.

Memory management seem OK as well. The 'Play' version has 6GB, which is what drew me to this version. I was surprised at one point how many apps I had open (a dozen or more) and there were no slowdowns on the phone. My nexus 6p would seem to be impacted around a half dozen and I had to do some of my own app management.

It comes with a screen protector already installed, so another $20 I didn't have to spend. It came with a nice but basic case, which is good as aftermarket cases seem hard to find.

The LCD display looks good, brightness and colors look good to me.

For context, I have had the phone for 3 days, so new device shine is in full force.

jharrison1185, 17 Jul 2019No doubt. I was seriously considering a Xiomi Redmi Note 7. Then I noticed there was no 700 LT... moreXiaomi just unlock LTE 700 on your Redmi Note models, increase battery size and I promise whether or not you ever do a US launch, your phones will find there way to the U.S. market. We are sick of overpriced pgonesc
phones and contracts!

Anonymous, 27 May 2019Please show me a Xioami with similar specs at a comparable price. Battery? Number of radio fre... moreNo doubt. I was seriously considering a Xiomi Redmi Note 7. Then I noticed there was no 700 LTE band on the global model. Using AT&T (cricket) that is a no go. I don't necessarily need 700 where I live, but would if I traveled. Sorry Xiaomi but you need LTE 700 to sell in the US as that is a HUGE LTE band for AT&T one of the 2 largest GSM carriers in the US.

nick, 24 Jan 2019Can anyone tell us about the sar value of this phone ? Is there an official certificate ?The F1's 179-page FCC SAR Report is included in a zip file on the Umidigi downloads page, in the Product Certifications section...

You can also download the F1 User Manual from that downloads page, as well as system software ROM files and the flash tool.

Note that the F1 does have an FM Radio, supports dual-band 802.11ac wifi (even for its Hotspot), and Wi-Fi Calling.

The microSD card occupies the SIM1 slot, leaving the SIM2 slot available for your nano-SIM.

Nice specs, but, along with the F1, has the terrible memory management bug that renders it almost unusable.

Despite what some people say we all have this issue and they've never addressed it. Some folk may not notice not but it's driving me mad!

The issue is that there's a memory leak that results in apps in the background being killed prematurely, even though there's several GB free. So when you go to recents (the scrolling page with screenshots of all your running apps) and tap on one, instead of it instantly resuming from RAM it'll reload from scratch.

Means that it's useless having 4GB or 6GB as the phone behaves as if it has 2GB or less (chucking apps out of memory as it thinks it doesn't have enough). A reboot briefly fixes it but it's back once you open and switch between apps a few times.

The battery life is amazing however, I regularly get 4 days or more, and I've never been able to drain the battery fully in a day with 9+ hours screen on time and heavy use.

Big mike, 23 Jun 2019It’s good looking phone . Bad reception with T-Mobile. Dropping call 2 out of 10 calls. Came... moreThat's nothing to do with the phone. That's your network. I have the same phone and have not had one dropped call. Only have it five days. Had six or seven calls and it's perfect. Call up your provider.

Total of 205 user reviews and opinions for Umidigi F1.
ADVERTISEMENTS