Is this Samsung with Snapdragon 808 the Galaxy S6 mini?

Today the GFX Benchmark database turned out quite generous on spilling the beans on upcoming smartphones. First we saw the Meizu m2 note in there with detailed specs and now we got a brand new compact Samsung droid. 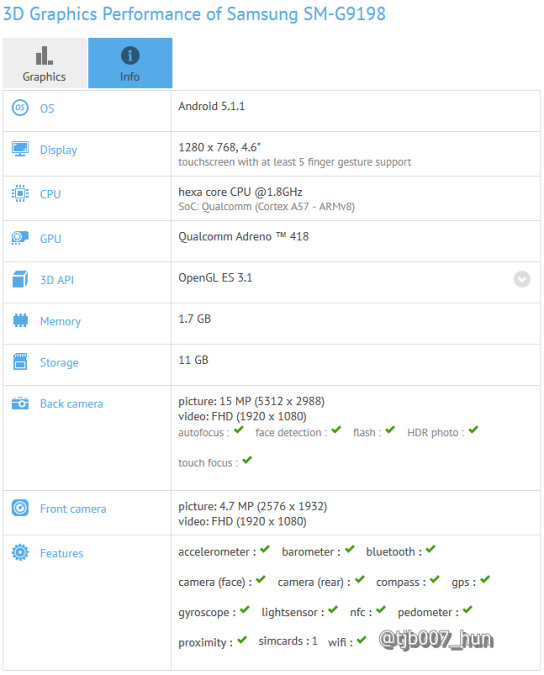 This is the first time we hear about this new gadget but its display size and top-notch specs suggest this might be the upcoming Samsung Galaxy S6 mini. Just like its bigger sibling, the SM-G9198 packs some premium tech as barometer and motion processor.

Whether this turns out the Galaxy S6 mini or not, we are already eager to learn more. Hopefully more details will emerge soon and we'll be keeping you in the loop.

Thank you, Anomylus, for the tip!

All business man like to 4.6 display phone & 3000 mph battery because this phone can put in packet & long time can talking, use Internet.

They wouldn't bother creating a new flip phone... no one would even buy it...