A blast from the past: What MWC brought 10 years ago

Well, it's that time of the year again and MWC 2016 is almost upon us. In the wake the mobile world's biggest and most important event, we decided it would be fun to take a look back in time to MWC 2006 (called 3GSM world congress back then). Partially to reminisce about the history of mobile tech, but also to try and get a better perspective on just how far we have come in 10 years. 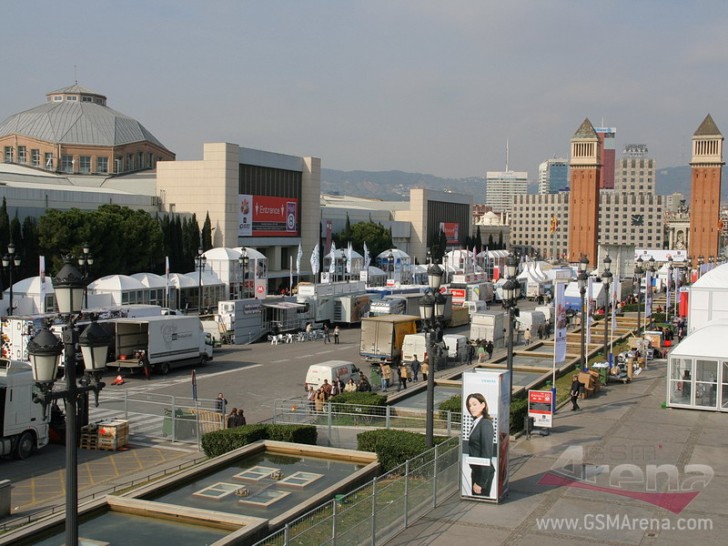 It might not be regarded as that long in historical terms but a decade, especially the last one, seems like a millennium in tech innovation. Despite the rapid pace of change, the MWC conference was already around for a few years in 2006 and it was just as important as it is today, perhaps even more so.

Originally called the GSM World Congress, back then it was referred to as 3GSM World Congress, which became the Mobile World Congress, now simply called MWC. 2006 was the first year the show took place in Barcelona, which has been its home since. Prior to that, Cannes was the preferred location, so the 2006 show was definitely marked by some transition turbulence.

Still, the spirit of innovation was just as strong and announcements were plentiful. So, without further ado, let's take a look at some of the highlights of the show in no particular order.

Sony Ericsson was a big player back in 2006 with many dedicated fans and some of the hottest tech around. The K610 was definitely a star attraction. At the time it was actually one of the smallest 3G phones on the market and getting the significantly faster network connection was a top upgrade priority for both manufacturers and users at the time. In a lot of ways, the K610 took inspiration from the 2004 Sony Ericsson K700 - one of the company's signature devices. 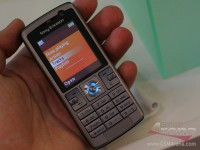 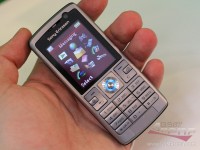 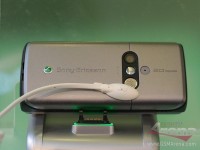 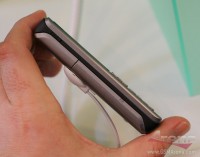 Upgrades were introduced all around, besides the aforementioned 3G, the display got bigger at 1.9", had a resolution of 176 x 220 pixels and was a lot more colorful with 256K color support. The camera was significantly better - a 2MP shooter, rather than a VGA one and there was even a secondary VGA camera for video calls, which were becoming trendy at that point. Another important aspect is storage, the K610 supports Sony's proprietary M2 micro cards for up to 2GB extra - a whopping amount at that point. 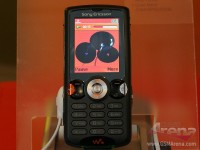 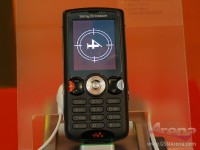 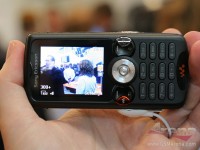 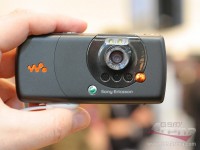 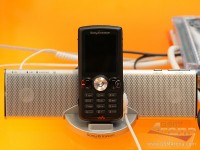 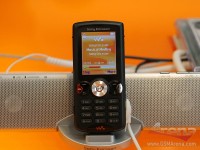 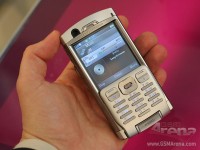 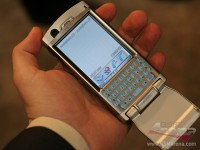 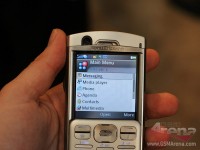 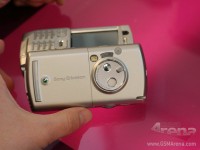 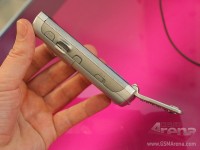 But speaking of a huge display and productivity, few could match Sony Ericsson's "P" series. You might remember these models by their chubby and really extravagant appearance with a touch screen and a hinged overlay keyboard. The design was bold and innovative and in a lot of ways really emphasized how much more diversified phones were back in the day, as opposed to today's "slate" design.

But there were other far more extravagant offers out there, which we will get to later. The P990, which was the last and very best to use this form factor, was all about productivity with a 2.7" resistive touchscreen, 64MB of RAM and a 208MHz processor, among other things.

Speaking of alternative design, Samsung, like many other OEMs was constantly experimenting with radical new concepts to slip in between the large number of bar and flip phones. Few are more radical than the Samsung Serene, featured at the 2006 MWC show.

It was a collaboration between Samsung Electronics and Bang & Olufsen and technically came out in 2005, although very few people have actually seen it in person. It is an eccentric piece of tech, with a ludicrous price tag of about €1000 at launch, but the very fact that it exists, proves our point about the freedom for design experimentation.

While we are on to topic of alternative concepts, there are the Samsung P900 and P910. Their standout feature was built-in T-DMB or DVB-H tuner for TV watching on the go and a rotating screen to go with it for a better viewing experience. 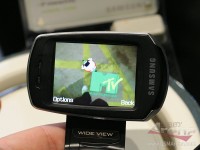 We can't help but get a bit emotional every time we reminisce about the glory days of the Finnish giant. Back in 2006, the company was hitting strong with both excellent offers in the featurephone segment with its legendary S40 platform, as well as the high-end and productivity smartphone devices from the "E" and "N" lines. Back then, Symbian was the king of the bunch when it came to advanced capabilities and cutting edge software.

If Sony Ericsson's 256K display offers were impressive back in the day, then you might be blown away by the Nokia 6131, which was experimenting with a 16 million color screen. It also offers a slew of other goodies, like hot-swappable microSD cards, FM radio, IrDA and Bluetooth. However, its cousin, the Nokia 6136 was really a stage for experimentation, equipped with Unlicensed Mobile Access allowing access to both GSM and WLAN networks, as well as DARP for increased radio performance.

With a huge emphasis on productivity and a superior typing experience, the Nokia E family was a go to choice for a lot of business users. The Nokia E61 is a truly memorable device from the show, due to its full QWERTY keyboard and spacious 2.9", 320 x 240 pixel, 16M colors display - one of the best available at the time.

Last, but definitely not least, the coveted N series. If true power on the go was what you were after, then a powerhouse, such as the N80 was a clear-cut choice. A 352 x 416 pixel 2.1 inch display, microSD support, Wi-Fi, a Dual ARM 9 220 Mhz processor and 64 MB of RAM, for its time, it was one of the ultimate machines to run Symbian. Plus, it laid the groundwork for the legendary Nokia N95, which came shortly after.

We also can't fail to mention the Nokia N91. It really aimed to change the rules in terms of mobile storage with huge 4GB and 8GB storage options available, actually achieved by the way of a small mechanical drive inside the phone. Understandably, the idea was later scrapped and spacious mobile storage was left to wait on better flash storage options.

The LG booth at MWC 2006 also had a few interesting devices to showcase. The LG KG920/KV5500 for one is a odd little hybrid, more camera than phone. With a 5MP shooter, using a CCD matrix and a full on strobe flash (yes, we weren't necessarily stuck with LEDs back when a bulky phone wasn't frowned upon), it was the stuff of photographic dreams. It was also capable of shooting VGA videos at 30 frames per second and had 128MB of onboard storage, plus a microSD card slot for adding extra space.

Keeping up with Samsung, LG also showcased its own new take on a T-DBM phone - the V9000, which also featured a rotating display.

But it wasn't all about features or performance - a small stylish package also had its place in the market back then when phones were often 2cm thick. NEC for one, managed to deliver with extremely thin models, like the 13.6mm thick NEC N500iS, as well as the NEC N412i and e949. 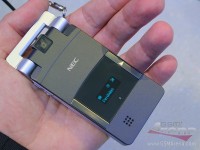 Finally a real gem - the 2006 MWC show was where we saw an early demonstration of full VGA resolution displays for mobile devices, courtesy of Sharp and Toshiba. QVGA was pretty much the standard and few people saw the need to push beyond 240 x 320 pixels. Back then many were worried that we don't need the resolutions to go any higher as it will just compromise battery life and noone will see the difference. Sounds familiar, doesn't it?

We sincerely hope you enjoyed our trip down memory lane as much as we did. We also hope you'll join us for the coverage of MWC 2016, which will hopefully be one of the best editions of the industry's biggest event.

loved my nokia phone oh it was so awesome

oh please don't.. How I wish to have a W550, just to show off and to remind me of the classics

How nostalgic! When you look at the phones, you can't help but think of having one. I wish I could actually get a place to purchase Nokia 1100:-\