The Xiaomi Mi CC9 and CC9e come in three different colors: White, Blue and Black. The Black is pretty standard, but the other two have special finishes on the back to create an iridescent effect (White) and an S-shaped reflection (Blue). Here’s how these came to be. 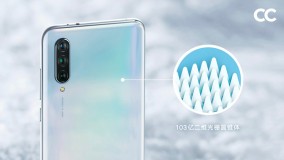 Diffraction grating is used to achieve the rainbow colors of the White models. The Mi 9 had a similar gradient effect on its back created by ridges etched into the glass, but those were one dimensional.

The CC9 back is etched in two directions, which allows for more viewing angles (the effect is most visible when you view the grating at a right angle). These little pyramids are only 10 microns in size (0.01mm). They are similar to the anti-counterfiting strips you see in banknotes and ID cards. 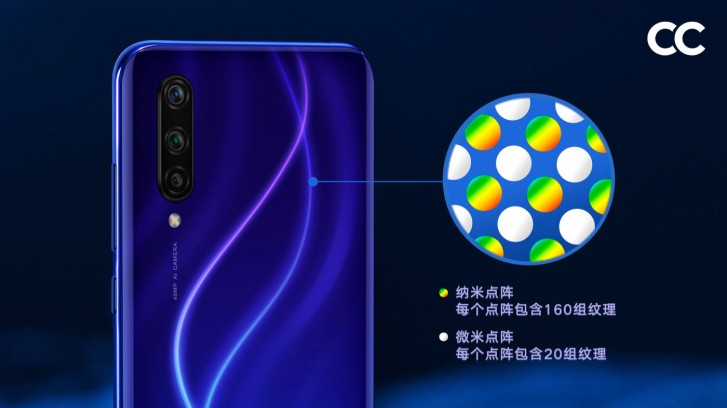 The Blue-colored Mi CC9 and CC9e use a different pattern. Two types of circular dots, 100 microns in size (0.1mm) use two different nano-textures. The way these two kinds of dots are arranged and rotated is what creates the S-shaped reflection.

I'm tired from colors like black white gold grey silver copper. My next phone will be blue or other cool colors. This blue one looks extremely beautiful.

tbh many companies are starting to use this effect and samsung wasn't the first.