It is admittedly a bit early to be discussing the new Moto G generation in any depth. Still, rumors have already started pouring in, including an alleged release time frame of Q1 or the beginning of Q2 2019 and even a set of rumor-based renders. 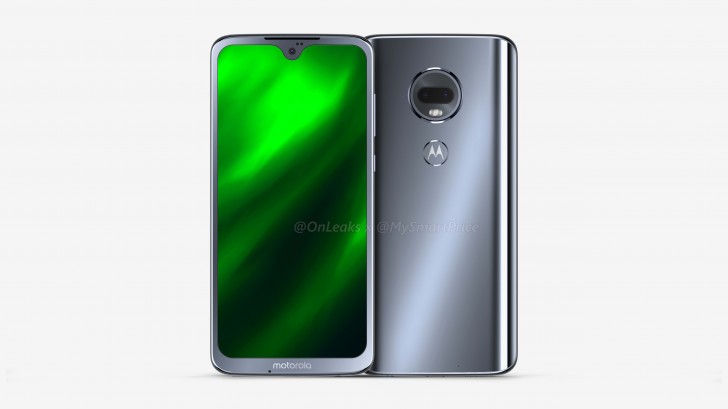 A fresh new leak, straight from the quite reputable Twitter of one Steve, a.k.a. OnLeaks, appears to confirm many of the design traits. It consists of a huge amount of renders of what is said to be the Moto G7, showcasing a curved glass back design and a new, distinctive "teardrop" or "waterdrop" style notch. Said display is expected to boast a 6-inch diagonal, topping that of the current Moto G6. Hence, the 157 x 75.3 x 8mm (9.5mm on the camera module) Moto G7 is expected to deliver an improved screen to body ratio as well. That's even with a still fairly wide bottom chin. After all, the Moto G line is a fairly budget one.

While on the topic of the display, upon closer investigation, we can clearly see two cut-outs next to the selfie camera and a microphone hole on the bottom chin - elements missing from the earlier set of renders. This attention to detail does instil more confidence in the authenticity of the design. Plus, this new bath of pictures clearly shows a Type-C port on the bottom and a 3.5mm audio jack. 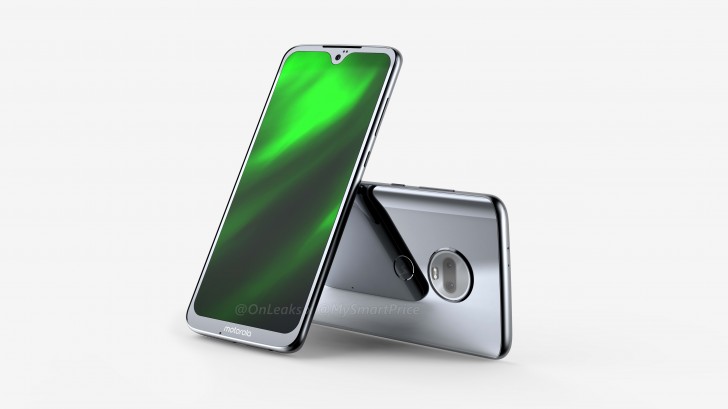 Lenovo has been experimenting quite a bit with the Moto family in recent years, notably skipping the Moto C, M and X lines in 2018. Quoting another reputable industry source, the G7 might come in a record four variants, probably to make up and simplify the overall Moto lineup. As per rumors: The vanilla G7, pictured here, joined by a G7 Play, G7 Plus and G7 Power.

Lenovo may have cut the Moto C, M, & X lines this year, but next year is going to see a record number of Moto G models: Standard, Play, Plus, and Power.

These are all well-known Moto monikers, which do allow for some speculation and extrapolation of the order they should appear the the Moto G7 family. Though, anything is possible amid this Moto G restructure. As far as we currently know, the regular Moto G7 will come with a 6-inch, FullHD+ display, 4GB or 6GB RAM, with 64GB of storage and an undisclosed octa-core Snapdragon chipset. Other alleged specs include a 16MP + 5MP main camera setup and a 12MP selfie snapper. The whole device is powered by a 3,500 mAh battery and will run Android 9.0 Pie out of the box.

i love you moto mobile