A Geekbench listing has popped up revealing a still unreleased Samsung handset packing an Exynos 7885 chipset under the hood. The SoC can be found in several mid-range 2018 models so it makes sense to power up a low-end smartphone this year. 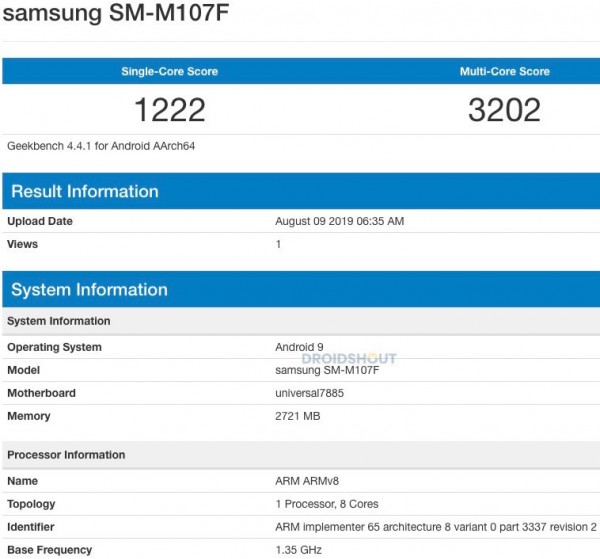 The model number suggests that the phone in question is the Galaxy M10s - a refreshed version of the original M10. The phone will likely be aimed at the Indian market and the Geekbench score sheet says it will pack 3GB of RAM and run on Android 9.0 Pie out of the box.

The smartphone's release date could be coming sooner than we think but we still have to wait for the announcement to know more about the device. Or more rumors to fill us in on the rest of the specs.

Stop that Exynos and use Snapdragon.

Bought A40 a week ago. Was afraid it'd be too slow but is jut enough for me. So happy.