It looks like Sprint Wireless will be the QWERTY slider kingdom capital this Fall, folks. A yet to be announced Motorola device, sporting the aforementioned hardware has leaked out in a blurry image, thus joining the company of the LG handset which got spotted for the same carrier not so long ago. 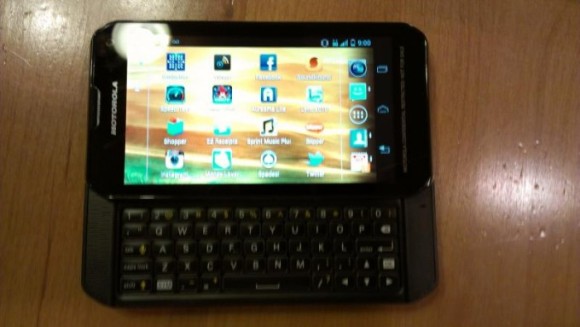 Details on the phone's specifications are practically non-existent. It is clear that the device runs Android 4.0 Ice Cream Sandwich, but don't let the on-screen Android buttons deceive you - there is a serious likelihood that they will not make it to the retail version. The same goes for the smartphone's design (at least we hope so) - after all, the device in the shot above is reportedly used by a Sprint beta tester.

There's no info on the smartphone's release date. AS always, we'll tell you as soon as we find out more about it.

this set is very smart and beeter for the future

i hope motorola make every year one or two qwerty slider smartphone . one hight esmartphone and one midle esmartphone in this class . i love these phones