Acer teases new phones and a wearable for the MWC 2015

We are now mere hours away from MWC 2015 and the hype is at an all-time high. Naturally, all eyes are on the major players and their much anticipated flagship devices, like the Samsung Galaxy S6 and the HTC One (M9), but the Barcelona venue also has a lot more mobile tech in store. 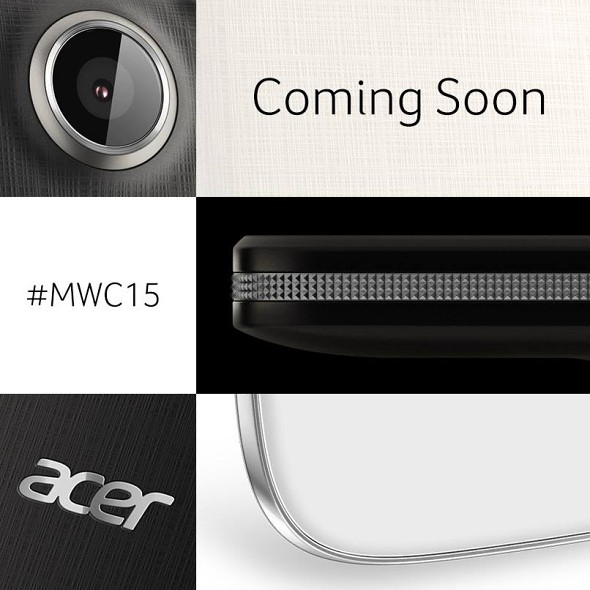 Acer will not be skipping on announcements, but specifics are a mystery as to what the company might bring to the show. A new banner released on Acer Malaysia's Facebook page confirms that we will be seeing new phones and a wearable device at MWC. The teaser itself is very cryptic and holds little information, but it does carry across a lot of style.

From the looks of things, Acer is going to accent on fashionable patterns and materials in its upcoming products. Three of the pictures in the banner show parts of devices, but it is rather hard to gather any information from the close-ups. Acer has set its official MWC event for March 1, alongside most major players, so we will just have to wait and see what they have in store.

Thanks for the tip, John!

I hope they advanced in design ..