One of Acer's first Windows 10 smartphones, and certainly the most interesting, is the Jade Primo. The company showcased it in Berlin at IFA at the beginning of September, but didn't mention any pricing details or a release date.

Now though thanks to an Acer presentation in the Philippines, we know both of those things. The Jade Primo will be out over there in December for PHP 18,990, which right now translates into $408 or €367. 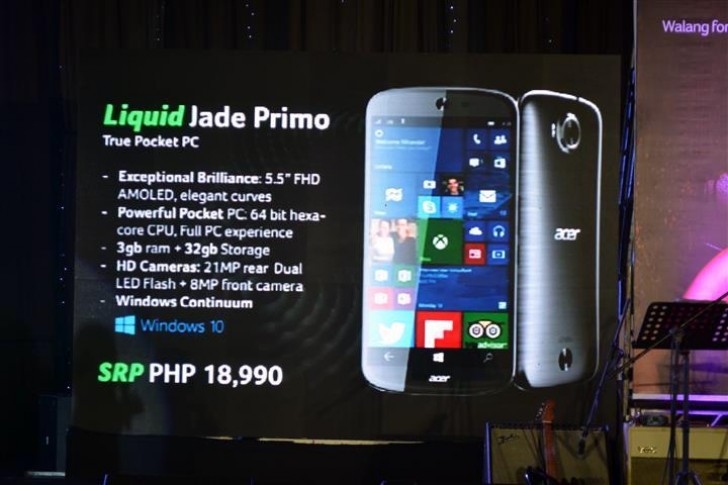 That's some pretty decent pricing indeed, especially if Acer will in fact ship the Jade Primo with a Continuum dock, keyboard, and mouse, as previously revealed.

Now of course the device will probably be offered for a slightly different amount in other territories, but there's no reason to expect it to go for more than $450 in the US or €400 in Europe.

The Acer Jade Primo has a 5.5-inch 1080p touchscreen, a 21 MP rear camera with dual-LED flash, an 8 MP selfie snapper, Qualcomm's Snapdragon 808 chipset at the helm, 3GB of RAM, and 32GB of expandable storage.

One of the OS of the future sounds better!!!

I would condider this.. L950 isjust too expensive for me