Liquid X2, Acer called it, when it clearly should have been the Acer Liquid X3. Now, we understand how the smartphone comes to replace the X1, but how did they miss out on a chance to name a triple-SIM device the X3, even if it skips a digit? Yes, the Acer Liquid X2 has multiple SIM slots, three of them. 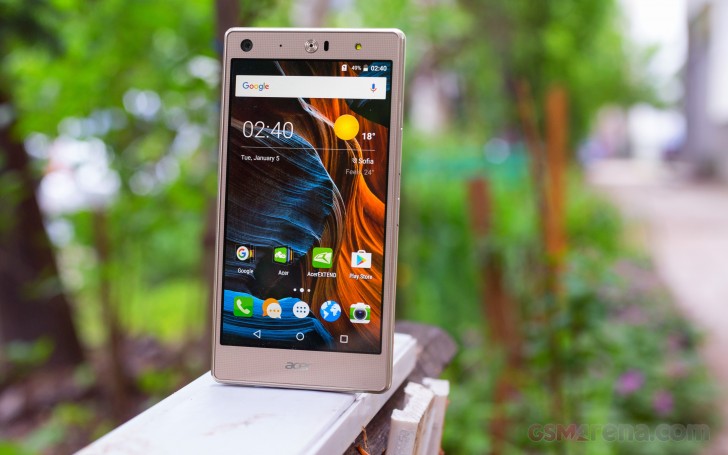 Okay, to be fair, Acer already had one triple-SIM offering - the Liquid E700 - and it had the Trio moniker slapped to its name in some markets. Apparently, the company is no stranger to creative naming, it just chose to keep it simple for the Liquid X2.

Anyway, the number of SIM slots quickly reveals the price-conscious nature of the smartphone. Even if you had any doubts about it, the 720p resolution of the 5.5-inch display does well to squash them.

That said, the budget constraints have luckily not affected most of the other areas. The Mediatek MT6753 chipset is a reasonably powerful performer, there is a respectable 32GB of storage on board, and RAM is at a far-from-entry-level 3GB. There are also a couple of 13MP cams, one on the back, and one for selfies, and each gets an LED flash - not what you'd call skimping.

Powering the smartphone is a generous 4,020mAh battery (removable too), because what good are all these radios if they drill through your power pack in half a day of standby. A nicely balanced overall package, then.

Looking at the above lists, users of multiple carriers or multiple numbers with the same carrier will find plenty to like about the Acer Liquid X2. Perhaps its biggest shortcoming is the low pixel density, but that's understandable, it just needed to fit it into the budget. And just because we have twice the ppi in some flagships, doesn't make the X2's 267ppi all that terrible.

Of course, the above is based solely on the spec sheet, before we've even opened the box. That's exactly what we're going to do on the next page, where our usual routine begins.

The Only way to get to

I need one in Kenya, but fear if it doesn't have any update. It ought to be up to date in terms of specializations