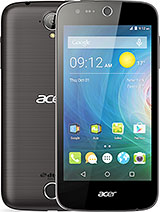 lscroll, 08 Jul 2016I have a problem with this phone, sometimes while using it, the phone blinks, freezes then the... moreI had this prob too, have you found out why?

I put a second SIM card in for extra storage, but it won't switch on, anyone had this problem and what do I do....

I have a problem with this phone, sometimes while using it, the phone blinks, freezes then the screen becomes black and it goes to lock screen. Any suggestion on how can I fix this?

This phone can only open links from TXT and E-mail in the Android Browser.

Then you have to cut the link from that, open the browser that IS synced with your laptop/desktop and then paste the link in that.

wawan, 25 Jun 2016Does this phone have LED notification?YES

Does this phone have LED notification?

As I bought it, I had the impression I had gotten a cheap wellworking phone. A bit short on memory, but after adding a 64MB micro SD card and moving as much as possible to the card, that has not been any issue.

Although, it is really annoying to have the phone telling me it is out of storage space and it has a lot of unremovable acer apps installed...

The wifi is not working well. It will randomly fall off wifi networks and refuse to reconnect without a reboot.

The screen suddenly started to mess up. Bad connection somewhere. Alarms and calls are coming, but no display and no response to the screen. As far as I know, the phone has not had any physical abuse - unless having the phone in the pocket and using it in slight rain counts as abuse - if that is the case I bought the wrong phone.

Will not consider Acer again, seems to be bad buildquality (at least for my use) and a truckload of unremovable unusable crapware.

Guys, I'm looking for a phone that can access several simple features like attach/download a document/pic to email, grab & uber aplications, reading pdf, standard quality photo (just enough for my FB and IG), social media (only use FB, IG, and twitter), listening music ( I don't really picky about the sound. Just clear enough is fine by me) and a long-life battery. I took interest in this phone because of it affordable for me. But I read many complaints about the battery life. If I didn't use the LTE there's not many LTE area in my city, so I probably would use it very seldom), would the battery last longer? Or should I choose another phone (and maybe you can reccomend me)? Thx a lot guys.

Just bought Acer z330 phone and battery sucks. Drained within hours of full charge . no apps running , drops 100 to 80 within minutes .company does stand by product.

Got my phone on December of 2015, it seemed ok though, now my complaints about the fone.. :texting is slow, the keypad either lags or types up the wrong letter/number :screen is not that sensitive :apps are slow to open :after latest system update, photos insist on being saved on internal memory even after selecting sd card memory :Bluetooth/downloaded items are directly saved on internal memory, no option to save on sd card :after updating apps, you still have to transfer them back to sd card.

had a problem with camera..it kept saving photos on internal memory even i changed it on sd card...problem occured only when i updated it today...

Liquid Z630 doesn't light up when receiving messages. How do I fix this? Thanks!

Got mine few weeks ago, so far no problem, I bought extra memory card 32gb. I'm satisfied with its performance, all the games I download it's working well, good processor quad core, 1gigram A bit ok for me, 8gig... it would have been better if 16gb, camera is good because of autofocus, LTE works like charm, tried 2 LTE Sims globe and smart in good LTE location download speed 25mb upload is 23mb, it has system update Acer will automatically prompt on notificaton....and it's very affordable I rate this phone 8/10 on 4.5inch category

Hello.. can someone tell me.. this phone have manual option to chose 4G only or it automatic chose network...

AnonD-518621, 25 Mar 2016Same with mine, I think it's normalIssue with date / time disappeared after wipe data/factory reset was done.

had my phone for 5 months and sad to say on the 2nd month of using my phone had a problem on receiving messages. Just to make it clear my sim didn't have any problems, I tried putting my sim to other phones but it didn't have any problems. please help me if you know what to do. o and I didn't have other choice but search for answers 'cause my stupid sister lost the box that has the warranty etc.

Anonymous, 02 Mar 2016Hi I just bought a new Acer liquid Z330, and I inserted the SIM card and I can text as per usu... morebe sure you have register to an any surfing promos when using mobile data

Hi I just bought a new Acer liquid Z330, and I inserted the SIM card and I can text as per usual and use the wifi. But when I switch on the cellular data, I am unable to connect to the Internet. Does anyone know why and how to solve the problem? Please contact me as chiachristy@yahoo.com.sg if you know. This is impt. Thank you!