Acer kicked off IFA 2015 press conferences and definitely went all out with all sorts of devices. What got us by surprise however is their Predator mobile gaming devices - the Predator 8 and a gamer smartphone - the Predator 6. The latter is a beastly device with a ten core processor that promises to dominate the mobile gaming niche, so we decided to see if it has what it takes to deliver on that big order.

The other unusual device is a Windows 10 smartphone - the Jade Primo. It's rocking a Snapdragon chipset powerful enough to take advantage of Microsoft's cool Continuum feature. It allows you to dock the phone and hook it up to a large monitor, running Windows 10 on a big display. 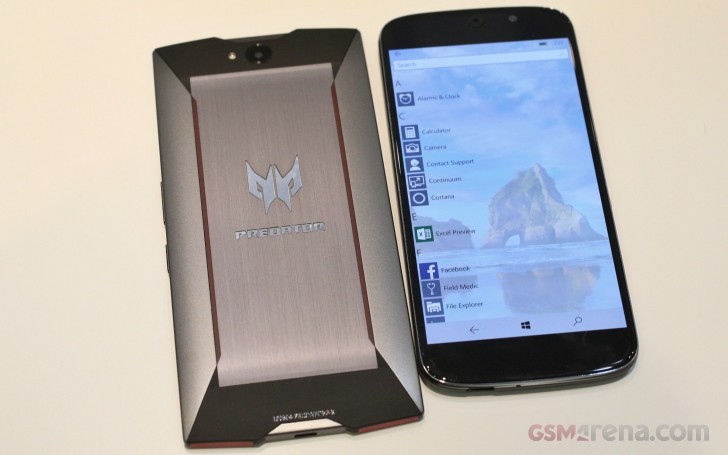 The OEM unveiled an avalanche of new devices across most of its product branches, ranging from PC's and gaming hardware all the way to Android and Windows mobiles. The amount of new tech was so overwhelming that we are still catching up with our hands-on experiences.

Now it's time for the company's two most interesting new smartphones. Both managed to pique or interest in its own way and so we naturally went back for a closer look.

you can try e700 triple sim

Anyone know when the full specs of the Predator 6 and when it is going to be released? I can't find anything on it anywhere.