Along with Qualcomm’s announcement of its second-gen 8cx2 5G mobile compute platform, Acer the first OEM to use the new ARM-based chipset in a new Windows 10 2-in-1 called the Acer Spin 7. It has a fully articulating hinge that lets you convert to tablet mode or stand mode.

The chipset will support LTE and 5G networks (both mmWave and sub-6GHz) with theoretical download speeds of up to 7.5 Gbps down. Qualcomm Squistic noise cancellation and suppression will work to reduce background noise in video calls. 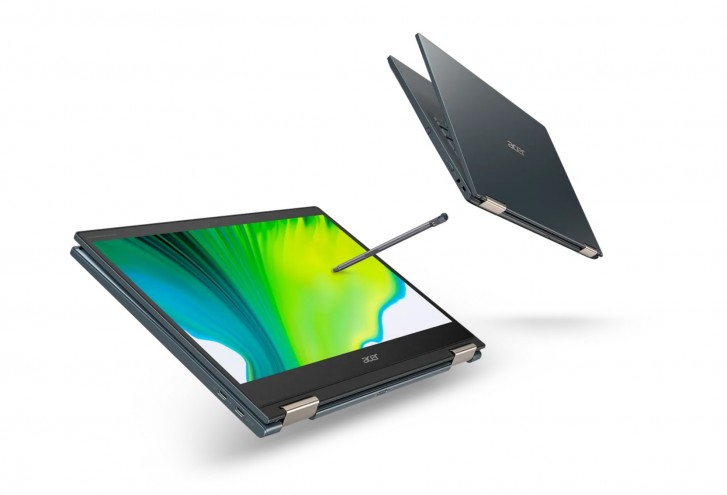 The Spin 7 comes with of the surfaces treated with antimicrobial silver-ion agents. These treated surfaces include the touchpad, keyboard, and surrounding areas. The display glass is made of Gorilla Glass, also with an antimicrobial layer. There’s also a fingerprint scanner on the Spin 7.

It has a 14-inch IPS LCD display with 100% sRGB color gamut, weighs 3.09 lbs and is 15.9mm thick when closed. It’s constructed with a magnesium-aluminum alloy chassis in a blue-toned finish. An active stylus is included and recharged in a slot within the Acer Spin 7. It supports 4,096 levels of pressure thanks to Wacom AES 1.0.

Aver promises that the Spin 7 will yield “multi-day” battery life but offers no battery size or even a usage metric. Without a doubt, we can expect this device to feature far superior battery life compared to some of Intel’s ultra-portable counterparts.

Final specs of the Acer Spin 7 have not yet been confirmed. The new laptop is expected to be fully announced later this year. The verdict is still out on whether ARM-based chipsets will be viable replacements for x86-based processors that the modern computer (and Windows) has run on for years. In the early years of ARM-based computers, there will surely be incompatibility issues for running legacy applications.

Not misunderstood but giving you the idea of actual power user.. There is 9850h can be found.. Get your fact straight.. Or change your name.. The suggested tdp of this series coffee lake processor is 45w.. Can be configure to 35w at minimal.. For ARM...

Umm.. ohk i think you misunderstood when comparing these chips so if you meant 9750h (there is no i7 9850h actually) you have to understand that these chips are H series with 45 W TDP and around 60W in turbo while the ARM chips you have seen till now...

Actually it won't matter much because it got similar clock speed as 8cx 1st gen. Which might be even less powerful than SQ1.. Only gpu would be some what more powerful.. So still slower than that mediocre intel mobile cpu I mentioned in cp...