AdDuplex's latest monthly report on the Windows Phone market reveals a curious new trend. According to the company's numbers, Windows 10 Technical Preview usage has grown a whopping 1.6%, which doesn't sound like a lot, but is more than twice the 0.7% share from a month ago. 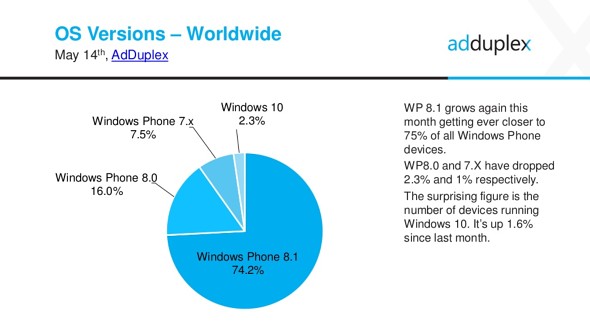 It appears a lot more device are now running on the still unstable software, which is surely good for pushing development forward. The reason for the sudden spike isn't quite clear, but, it seems to be part of a larger update wave. Windows Phone 8.1 has also grown in popularity over the same period, inching towards a 75% share. Naturally, this is at the expense of Windows Phone 8.0 and older Windows Phone 7.x versions. 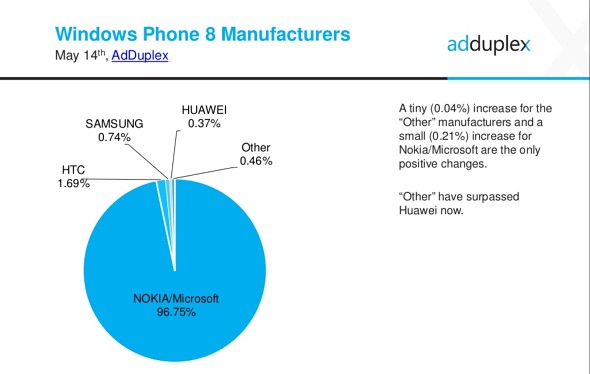 The rest of the company's graphs offer little surprise. Microsoft still holds a whopping 86.75% of the Windows Phone ecosystem. The number has even increased by 0.21 points over last month. Device popularity has also remained rather unchanged. The Nokia Lumia 520 still tops the popularity chart with 21.6%, but has been battling it out with the Lumia 535. The former has lost about 1.5pp popularity, which, coincidentally, is exactly what the latter has gained. 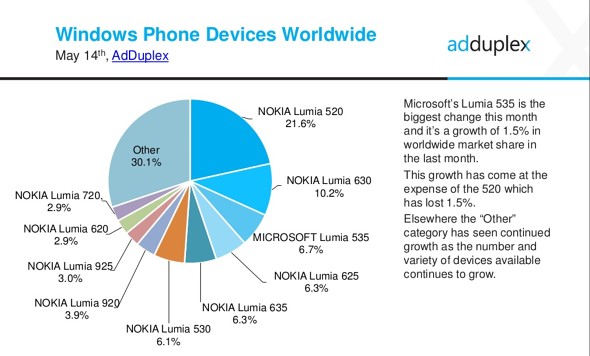 The full AdDuplex report can be viewed below.

no on comments on this post sum up the whole performance of WP system. Right now using Lumia 1020 for its camera, rest there there is nothing to say about os

A Lumia 1020 user and waiting for the stable version