Ads are starting to show up in Google Play Store searches

Back in February, Google announced that it would start offering up advertising space in the Play Store's search results on Android. An initial trial run of this new functionality has been in place ever since with a handful of developers.

And now Google is opening up the system to all advertisers and developers. This means you're bound to see a lot more such ads starting in the near future. 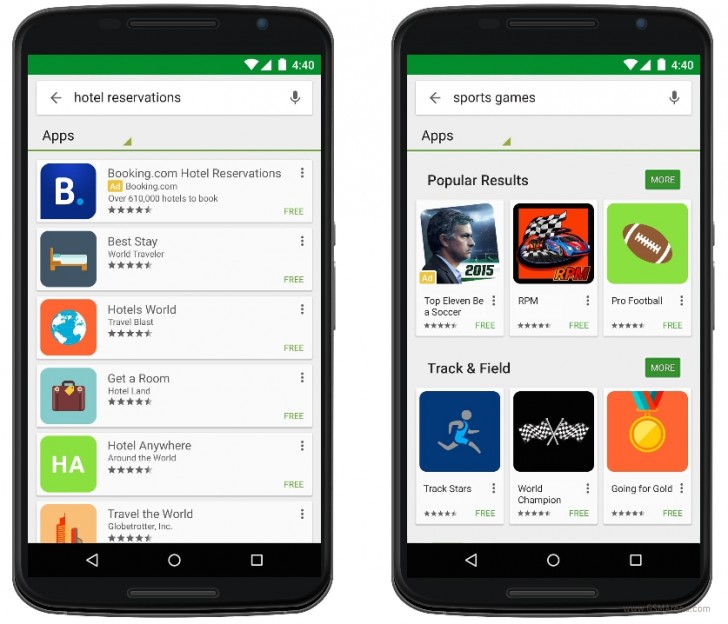 As is obvious from the screenshots above, the paid-for listings look exactly the same as the normal search results when you look for an app in the Play Store. The only thing that's different is that small "Ad" mention, in white text on a yellow background, which can be found immediately to the left of the developer's name for the sponsored app.

How well those ads will be tied to the actual search terms you've used remains to be seen, but Google certainly has a lot of experience here from web searches. So perhaps this new ad system has a chance of not being too annoying, and maybe it's even sometimes going to be useful.

Yes, I know. But why they are displaying ads in playstore when there are tons of 'free' apps doing the same thing.

but there is one thinh i wana know let say im app devloper of app name myapp and user search for secondapp and myapp and second app are same it will show my app as add but what if user search my app will iy show as result or ad ?? it will cost devlop...