A team of researchers from Purdue University and Microsoft have made a rather starling discovery. It seems apart from being obnoxiously annoying, those pesky ads that pop-up within your Android apps are actually taking up to 75 percent of the app's total power consumption. 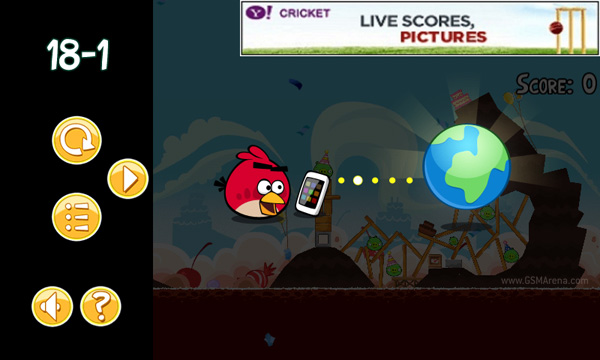 This result was found with the help of an energy profiler named EProf that can analyze the power consumption of a device by monitoring each and every app. The team performed this test on a Nexus One running Android 2.3 with some popular apps such as Angry Birds, FreeChess and the New York Times app.

While testing Angry Birds, it was found that the game itself consumed only 20 percent of the total power consumed by the app. The remaining of it was used to display the ads. To do this, the phone has to upload the user's location to a server and then download the ad over a data connection. The location upload happens the first time only but the ad data is downloaded with every new level. Similar results were obtained with FreeChess as well.

The moral of this story is that while Android is usually slammed for consuming a lot of power, the fault lies with the ads within the apps and the apps themselves, which are often poorly coded with little to no optimization for the device it is running on.

As a user, there is little you can do now apart from buying paid versions of the apps that don't serve ads and hoping that this research makes developers improve their apps and find a better way to make a revenue than serving ads.

The EProf app will soon be made available for download under an open source license. The team is also working on bringing it to Windows Phone.

I guess this should be avoided to empower full fledged Android Mobile Applications Development This should be taken care of.

I rooted my phone SGS 2 and installed Adfree App from the market. Problem solved!

"A team of researchers from Purdue University and Microsoft..." You should stop reading right there. Any research where Microsoft is involved publishes FUD instead of facts.