Yesterday LG announced the G8 ThinQ is arriving with ToF front-facing camera at MWC 2019, but it appears it will have company. According to rumors, a device called LG K12+ will also arrive in Barcelona, but it will have entry-level specs, including Helio P22 chipset and HD+ resolution. 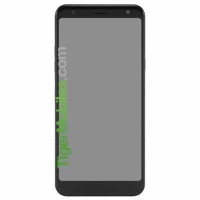 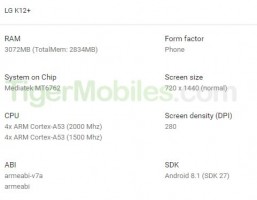 The listing revealed the new phone will have an HD+ screen with a tall ratio of 18:9, so no notch in sight. Given the DPI is 280, the diagonal of the display is likely to be around 5.8”. The MediaTek chipset will be coupled with 3 GB RAM, and the OS will be Android 8.1 Oreo.

Last year the LG K11+ came with 32 GB storage so the successor K12+ might have the same memory combo if there is even cheaper K12 Alpha in line. Other safe bets are a fingerprint scanner on the back and some Android-based face unlock that many affordable smartphones now implement.

Sadly not even close. The Snapdragon 636 has 4 high performance A73 cores which makes a difference in real world usage and the 636 has a far better GPU as well. This chipset is entry level and is at most comfortable in cheap $100 devices and is more ...

They're not a real premium brand - poor quality, warranty services and software support(updates).

Yes it is, this K12+ will have fingerprint, and face unlock (without regional limitation).. so maybe it is better phone, or it will be, than your Redmi 5 Plus, who knows.. :]