Apart from introducing its first TCL-branded phone, TCL is also bringing more affordable offerings from the Alcatel brand with the new 1V and 3X smartphones as well as the Smart Tab 7 tablet. They are entry-level devices with very compelling prices which should cater to consumers looking for an inexpensive phone or tablet that gets the job done.

The most affordable in the bunch is the brand new Alcatel 1V. It comes with a 5.5 LCD display with a 480 x 960 resolution and 18:9 aspect ratio. There’s a 5MP F/2.2 front camera and another 5MP F/2.4 shooter around the back paired with an LED flash. The back is also where you’ll find the fingerprint scanner. The phone features a plastic build and has all three buttons on the right side with the power, volume and a dedicated Google Assistant button. 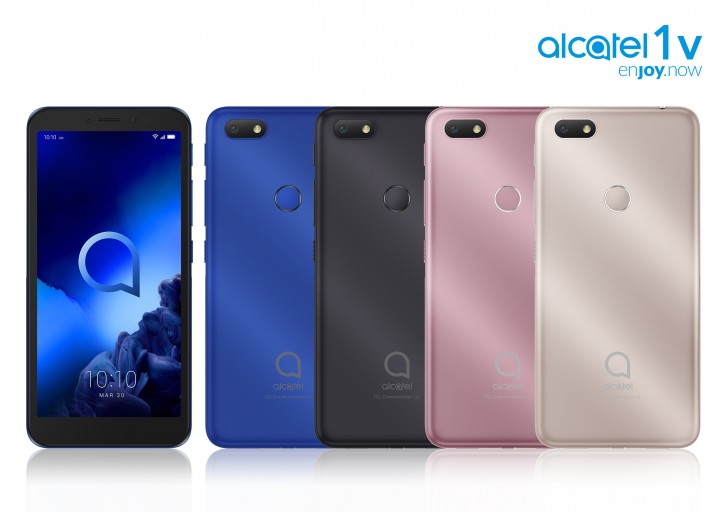 Under the hood the 1V packs an octa-core Unisoc SC9863A chipset paired with 1GB RAM and 16GB storage which can be expanded via the microSD slot. Helping things run smoothly is Android Pie (Go Edition) which also brings all the standard Go apps optimized to work on entry-level devices.

The battery capacity is 2,460 mAh and charges over microUSB. There’s also Dual Nano SIM support. The Alcatel 1V will be available for €79 ($86) and comes in Anthracite Black, Metallic Blue, Metallic Gold and Metallic Rose colors. The phone will be sold in Europe, the Middle East, Asia and Latin America but we don't have an exact release date yet.

Moving on we have the Alcatel 3V which bumps up the screen to 6.5-inches with an HD+ resolution and tall 20:9 aspect ratio. The small waterdrop notch on the top of the screen houses the 8MP F/2.0 selfie cam. Going around the glass back we have a triple camera setup with a 16MP F/1.8 main shooter, 8MP F/2.2 secondary and 5MP F/2.4 ultra-wide sensor. 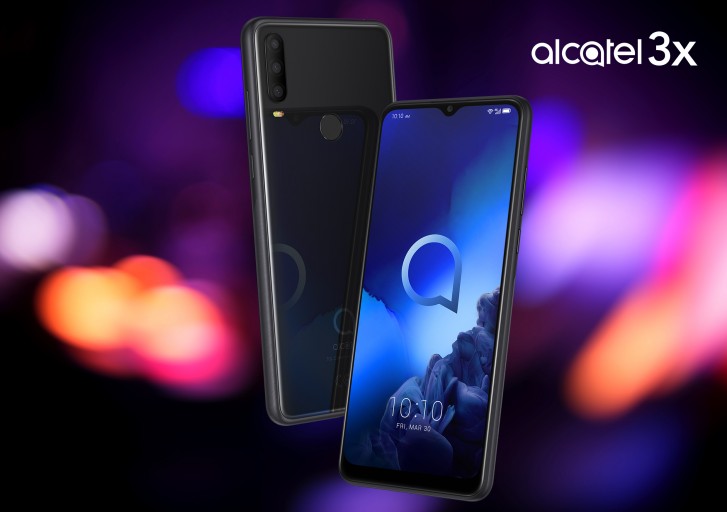 The 3X is powered by the MediaTek Helio P23 SoC paired with 4GB RAM and 64GB internal storage, which is expandable via microSD. The battery inside is a 4,000 mAh cell which should offer ample running times. The phone runs Android Pie and just like the 1V features a dedicated Google Assistant button.

The Alcatel 3X will be available in Jewelry Black, Jewelry Green, and Jewelry Rose colors starting from €149 ($163) across Europe and Latin America.

For those who are still interested in dedicated tablets, there’s the Alcatel Smart Tab 7, which is an affordable family tablet. It comes with a dedicated Kids Mode which supports app usage monitoring and weighs just 268 grams. 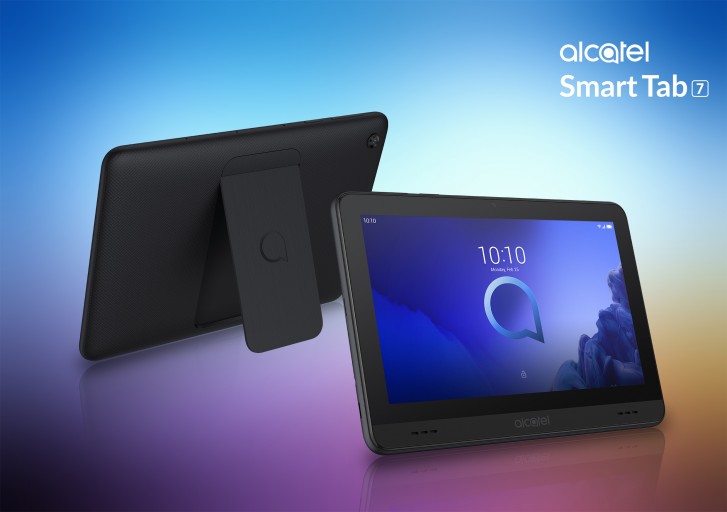 Upfront we have a 7-inch display with a 600x1024 resolution and 16:9 aspect ratio. There’s a 2MP selfie cam which should come in handy during video calls. The back features a single VGA shooter and a built-in kickstand. Under the hood, we have the quad-core MediaTek MT8167B chipset paired with 1.5GB RAM and 16GB storage which is expandable via microSD.

The software front is covered by Android 9 Pie with Alcatel’s custom UI on top. Battery-wise we're looking at a 2,580 mAh cell which charges over microUSB. The Alcatel Smart Tab 7 will be available later this year for €79 ($86).

Sorry, but these are snobbery and connoiseur comments from people who decide that only the best is acceptable. The phone works fine for what most people use them for -- calls, messages, e-mail, banking, twitter, facebook, and so on. A quick look...

Gaming don't matter. It will work slow even for basic usage. 1GB Ram and MediaTek processor it has every reason to be extremely slow.