This year at CES alcatel has brought two Android phones for the masses. Both have 18:9 screens, which offer slightly more screen real estate while keeping the phones relatively compact. These two choose sensibility over vanity and go with grippy, fingerprint resistant backs instead of trying to fit a metal cover in this budget. 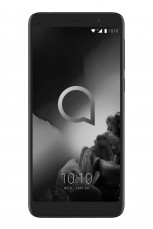 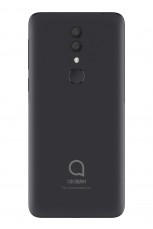 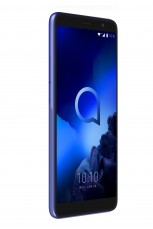 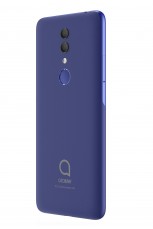 It even upgrades the rear camera – the 13MP main module is joined by a 2MP depth sensor for bokeh effects. It can record 1080p/30 video, though you might want to put a microSD card in as the 16GB of built-in storage isn’t much.

The phone is powered by the same chipset as before, a MediaTek MT6739 (quad Cortex-A53), though the CPU is clocked higher than before (1.5GHz vs. 1.3GHz). It’s paired with 2GB of RAM and runs Android 8.1 Oreo (not Go edition). The good news is that the battery capacity has been increased to 3,000mAh to help with the larger screen. 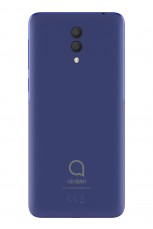 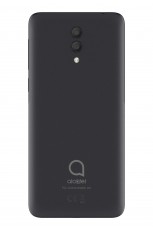 The alcatel 1x (2019) has a 5MP selfie camera, which now supports face unlock. There will be two versions of the phone – one with a fingerprint reader and one without. The latter will rely on the selfie camera.

You can check out our alcatel 1x hands-on for more info. The phone will be available this quarter in North America, Europe, Asia, the Middle East and Africa.

The alcatel 1c is an Android Go Edition phone. It will cater to emerging markets with a price tag of just €70.

The phone has a single 5MP camera on its back (720p/30 video) and a 2MP selfie camera. Connectivity features a 3.5mm headphone jack and a FM radio receiver, but this is a 3G only phone – no LTE.

The alcatel 1c is coming to Asia, Latin America, the Middle East, Africa and Europe.

Its funny to see bots calling all the phones in this price range trash. They are. This of what you get for the money. This particular phone actually looks better than most of the scams other brands sell. I actually considered filling a customer com...

They have been very lucky to be part of a triopoly in the US and heavily protected from competition.

Well for now its the weakest phone of 2019. But as we know Samsung will come with even bigger trash for a much more money.