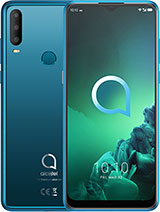 What is the screen protection on this device ? Gorilla or Ashai ?

Steve21, 12 Feb 2020I was reserved at buying this phone as to me Alcatel is not a brand I trusted or associated wi... moreThanks

If this phone uses Amoled and good camera, even they would add around $50 for its cost, this will be the next flagship killer - given its complete specs.

Excellent phone given its price. Quite fast, good built quality, does everything you need to do, amazing battery life, only camera and screen resolution can be improved but what are you expecting for such a low price? Highly recommend.

How about gaming on this dude ?
For example can I play fortnite on it 🤔

Quasor, 16 Dec 2019Did anyone buy this phone ? and if someone did can you help me?6/128 gb just fine with current apps situation. May be later this unit will become old with new arrival. It works very good with 6gb RAM.

M1999, 09 Feb 20202GB is really poor, I do not recommend you to buy a phone with only 2 GB (only android go can ... moreI don't find 2GB RAM is poor amount of RAM, at least not on certain devices. I used to have a Huawei Y6II with 2GB RAM with an octa-core chip that doesn't take up much RAM but still couldn't managed it properly even when running games, but that may also have to do with the chipset as well. I now have the Samsung Galaxy A10s that also has 2GB RAM with an octa-core chip but are doing things much faster and smoother than the Huawei device. I'm yet to get any slowdown from this device. So its not just the RAM, it could be the chipset or OS optimization that also affect the performance of the device. RAM management is much better on the A10s than the Y6II. Shouldn't even complain about 2GB RAM when it still have devices with 1GB RAM coming out.

Is der no music inbuilt app in Alcatel 3x? I can't play music.

I was reserved at buying this phone as to me Alcatel is not a brand I trusted or associated with decent spec and quality phones. However the 3x 2019 has really surprised me. £149 in Argos UK £99 on aomobile and mobile phones direct . So managed to get £49 off. The main feature is obviously the screen. After having a honor 8x and damaging the screen I wanted something similar but also cheaper. But I can't really notice the difference between the two. The screen is a looker at at this price it's very good. This also has 4000mah battery where as all the other devices I compared at this price where close to 3000mah. Usb c also with 2v charger charges a percent a min or there abouts so quicker than most and does hold charge well. The front camera is not the best but lives up to your usual selfie. Fine with filters and effects . Ai triple camera . Also worth mentioning. At £99 pound I think it's a bargain. It has a nice weight but not too heavy . Feels more premium. Would suggest a case . But they are hard to find. I think Alcatel has hit right with his device it has all the specifications and feel of a much premium device. I had the Samsung A50 too and I don't miss it. Smooth enough for me no lag scrolling is a little laggy but everything else is up there I have to say

.
If your looking for a decent good looking phone . Where size matters ,that does tasks effectively with a solid battery triple camera 4gb 64gb viewing angles are insane as well for the price and I sometimes think how I got this for the price I did.

And all the big branded phones that cost hundreds which I cany affort 😂 but even if I could I don't think the price is justified for what you get when you have devices like this.

Im not too keen on previous Alcatel models and I know you get what you pay for you might say.

But I'm surprised with the 3x 2019 and I think they have really upped the game on this phone at least.

Thanks for your concentration 😂

Although my experiences with alcatel are really bad. My sister had the pixi 4 and the battery died after 6 months. But I think they have improved their phones and this one is more expemsivee

The model they selling in my country does not has NFC else I would have got it last year.

Anonymous, 31 Jan 2020Does not have NFC! 5048I stuck with this phone thanks for the bad spec advise.The 2019 version has NFC, so stop spreading misinformation. For the older one it's market dependant

Does not have NFC! 5048I stuck with this phone thanks for the bad spec advise.

I can only use phone ringtones not customized ones, when i try to add a ringtone it gives me a white empty screen with dead OK and Cancel buttons

Sepfian, 05 Jan 2020with 16nm chipset, there are no overheating issues!? interesting!bigger node doesn't mean hotter temperatures and higher power consumption.
the P23 uses lp ram along with a good power table.
a smaller node doesn't mean crap if it has a bad architecture innit

Anonymous, 21 Jan 2020Why the hell do these smartphone companies like Alcatel and infinix still produce phones with ... moreSamsung and LG are selling phones with 480p screens in the US.

Anonymous, 21 Jan 2020Why the hell do these smartphone companies like Alcatel and infinix still produce phones with ... moreIt's not 720p, It's like WSXGA+ but somewhat smaller resolution 16/10.

Total of 102 user reviews and opinions for alcatel 3x (2019).
ADVERTISEMENTS