TCL announced the revamped structure of its alcatel smartphone lineup at CES - in broad strokes, at least. Strictly speaking, no device went official then and there, and it wasn't until January 17 when the alcatel 3C kicked things off.

What we have now are a few listings from Amazon France, where the alcatel 5 and alcatel 3V have been listed for pre-order. Amazon isn't known for providing the most thorough or accurate specsheets, but there are a few details revealed, alongside the prices of the two smartphones.

The alcatel 5's price is set at a cent short of €230 and it will come with a 5.7" 18:9 display - the company has committed to offering the tall aspect across most of its portfolio, regardless of price. Resolution is quoted as HD+ and in our book that means 1,440x720px, but we could be wrong. 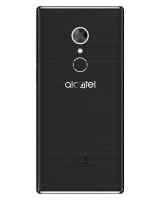 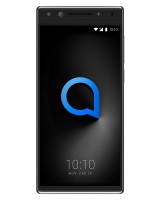 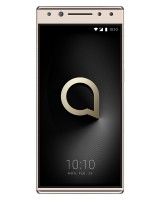 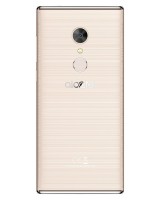 An octa-core processor as part of an unnamed chip will power the smartphone, while RAM will be 3GB, with 32GB of storage. There will be a microSD slot too. The alcatel 5's battery is a 3,000mAh unit, OS version is still Nougat, and color options include black and gold.

Moving on to the alcatel 3V, this one will come with a 6-inch FullHD+ 18:9 display. The CPU is quad-core here, and RAM is just 2GB, while storage is 16GB (microSD slot for expansion - check).

The 3V will get a dual camera on its back, a 12MP primary unit (or 13MP, depending on which part of the listing you believe more, or even 16MP if an earlier leak sounds more plausible) and a 2MP supplementary one, presumably for depth effects. The battery capacity is 3,000mAh as well, but this phone will launch on Oreo - or so Amazon's page says.

Both phones will be made available on February 26 - that coincides with the opening day of the Mobile World Congress in Barcelona when the phones will probably go officially official.

You are right as alcatel idol 3 4.7 inch the best phone ever better than iphone and samsung and all other phones.