Among the more prominent announcements that took place at MWC, you may have missed the little Orange Klif. The smartphone is a collaboration between Alcatel, Orange and Firefox and is sits in the low ranks of the entry-level. 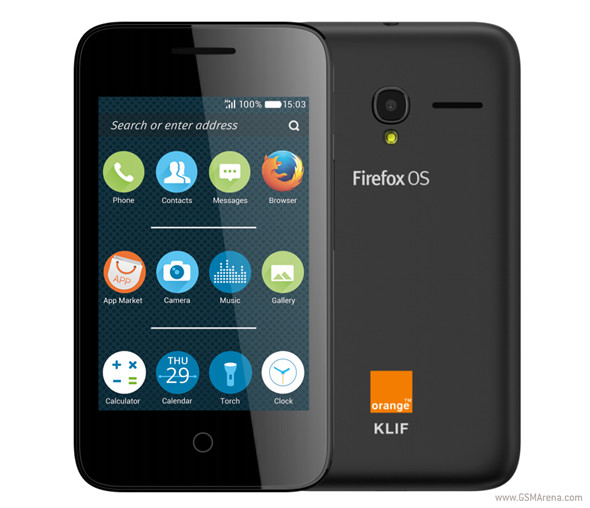 The Alcatel Orange Klif comes with a tiny by today's standards capacitive 3.5-inch screen of 320x480 pixel resolution. An unnamed Mediatek chipset powers the phone, with its dual-core processor clocked at 1.0GHz. The 256MB of RAM come from a time long forgotten, as do the 512MB of storage. A microSD slot is provided, though.

Budget constraints have nevertheless allowed a 2MP camera with an LED flash. Battery capacity is 1300mAh and the whole thing is packed in a 112.2 x 62 x 11.9mm body. An FM radio receiver is on board as well as GPS functionality.

The smartphone is 3G-enabled for downlink speeds up to 21Mbps, and offers dual SIM slots. Judging by the companies involved, you'd already have guessed that it boots Firefox OS, in its 2.0 iteration.

256 ram is not good for firefox os minimum 1 gb is required And battery is also not good minimum firefox os should want 2500 mh battery .. i already use every Firefox os phone on one good for battery and ram :( i am sad my friend don't buy it .. if w...

with this kind small battery capacity better not buying as secondary