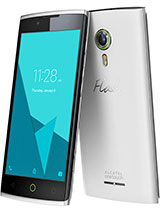 AnonD-479276, 22 Dec 2015I have a problem... When I didn't insert my external sd card, the apps are running fine but wh... moreyour sd card was already in your phone, and then you took it out but you have forgotten to do ,,safe to remove the SD card,, and those applications that do not work, you are done,-... move to sd card (or external), storage, and later you removed sd card from your phone, without having to restore the phone storage, so part of application stays in the phone memory, and when you remove the sd card, the application itself back into the phone, but now when you return the sd card in the phone, created confusion because the data from an application in a SD card and then when you tray to open these applications system is in confusion. Now you need to do, format sd card, for erase all the information . You have option to do it in the phone, but if you can't then connect to p.c. and format the sd card, and after that restart the phone. Remove SD card only with --safe to remove the sd card—option that you have it in the phone as an option. say thank for my effort.

everything was flawless but when i tried to update my phone it says unzip error. somebody here got the same error?

guys please help me!! I can't move my music and app to SD card in the Alcatel flash 2....thanks in advance :(

AnonD-479147, 22 Dec 2015how to show widget??? how to make application group in a folder...(inside menu)....Press menu button, apps, and up on the screen it appears’ apps, downloaded, widgets,’ go to ‘ widgets’ now you may choose a icon, a long press on the icon and pull left, right, to the wanted page, and leave.
For group folder with a number of icons,
. Press and hold the icon, and drag it to leave over another icon, so it automatically creates a folder with more icons, and you can put more number of icons,
enjoy.
later you will be modifying the same procedure from dragging the icon, or press and hold and ‘drag up’ on the trash that is put away, it just removes not delete.

should i buy oppo joy 3 or alcatel flash 2? helpp

how to show widget???
how to make application group in a folder...(inside menu)....

Anonymous, 21 Dec 2015I can't open my alcatel flash 2. There's no feature anything just the light then nothing else.... moreSend it back for refund. It took 7 days for me to complete.

I bought this phone from lazada and sent it back because the front cam is blurry when taking pics on low-light conditions compared to the other (flash 2) phone my mom got. I received the other one the same thing is happening. After 5 mins an OTA update from Zadapp popped up asking to update the phone for image stability (and a lot more improvements) so I updated it. After the update, the built-in camera lost its front cam function. An alternative is to download another camera app from PlayStore and use it instead, making sure that the dedicated shutter button works with the cam app downloaded. The front cam improved A LOT though. Also, I have a ModoEx watch I paired with this phone. After the update, the messages won't pop up on the watch anymore. I can say I can live with these little flaws (since it's fixable by an app) and this is still the best PHONE FOR IT'S PRICE. Hands down!

Dan, 21 Dec 2015I have this phone for a 2 days now, and it somehow deleted the photos i took without me knowin... moreTry to turn off the phone, then turned on and check whether everything is OK with the SD card . This restarts the operating system and solve some problems.

I can't open my alcatel flash 2. There's no feature anything just the light then nothing else. :( what should I do? I just bought it on lazada. help help

I have this phone for a 2 days now, and it somehow deleted the photos i took without me knowing. Also, when i go to file manager, it says my sd card is empty, when it's not.

Superb phone with outstanding performance. No heating problem no hangs up. Camera Quality is awesome. Just Buy it & reveal the real photographer within you. I have worked on 14 APPS at one time still no hanging problem.. Sound is equal to Dolby Digital-II. So ALCATEL FLASH 2 is leading the market @ 9299/-

viper01, 18 Dec 2015the real bang for the buck smartphone... I highly recommend this Alcatel Flash 2you're right I have been using it for some time and it's arguably one of the best budget phone of 2015 much better than xiaomi redmi 2 or Meizu m2

does it have a good accessories ? good earphone ?

Total of 973 user reviews and opinions for alcatel Flash 2.
ADVERTISEMENTS