TCL had a bunch of announcements at the MWC - the BlackBerry Keyone and thee alcatel handsets, but there was no flagship offer in the latter bunch.

That might not be far off though as the Idol 5S made another benchmark appearance - this time in the GFXBench database. 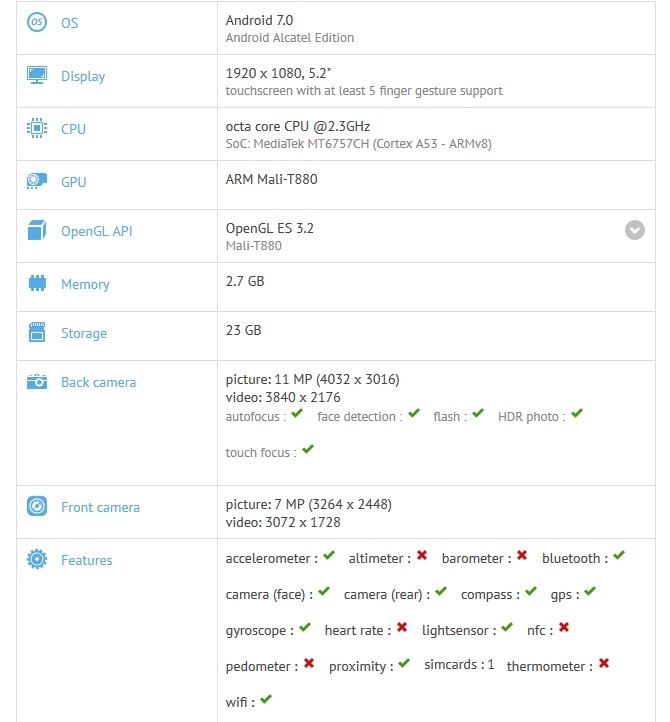 The Idol 5S sports a 5.2-inch FullHD display - something we didn't know earlier. Its internals include a MediaTek MT6757CH chipset, also know as the Helio P20, coupled with 3GB of RAM and 32GB of expandable storage. GFXBench also reports a 12MP shooter on the back of the Idol 5S and an 8MP selfie one. Oh, and it boots Android 7.0 Nougat. That leaves the battery capacity as a big mystery and, of course, design and pricing.

I lost all interest upon reading MediaTek.

I will never buy something with MTK under "bonnet"