A few days ago TCL, which is the company behind the Alcatel smartphones, announced that it’s about to unveil its new flagship dubbed Idol X+. We didn’t get many details back then – in fact we only learned the name, but now new information and actual photos of the smartphone have emerged.

The Alcatel Idol X+ is going to run on MediaTek’s newly announced chipset, which features the world’s first true octa-core CPU. Its screen size resolution hasn’t been officially confirmed, but given that its Idol X predecessor already hit the 1080p mark, we wouldn’t expect anything less from the Idol X+. The camera is also expected to retain the same 13 megapixel resolution. 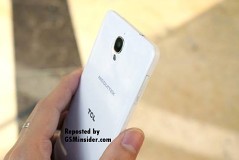 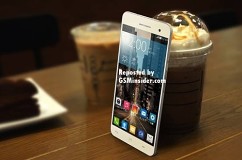 TCL has confirmed that it will be partnering with Chinese online retailer JD.com for the launch of the Alcatel Idol X+, but hasn't said anything about pricing or availability dates just yet. We are also still in the dark regarding eventual global release of the smartphone.

We’ll keep you posted if new info comes up.

You can get the TCL Idol X+ which is the same ;-} TCL + Alcatel are working togather, I'm one step before buying one..

using the snapdragon chipset in octacore setup will drain the battery immediately.. mediatek chipsets are known for their low power consumption, so they are best suited for octacores