The Android-powered iteration of the Alcatel One Touch Fierce XL has already been announced by T-Mobile and MetroPCS, but we're still waiting for the Windows 10 running version of the same device to become official.

That's probably going to happen soon, however, as a new rumor today claims T-Mobile will launch the Windows variant too. This will be the magenta carrier's first smartphone running Windows 10 Mobile. TMo will offer the handset in cyan, a color perhaps more reminiscent of Lumia devices of old. 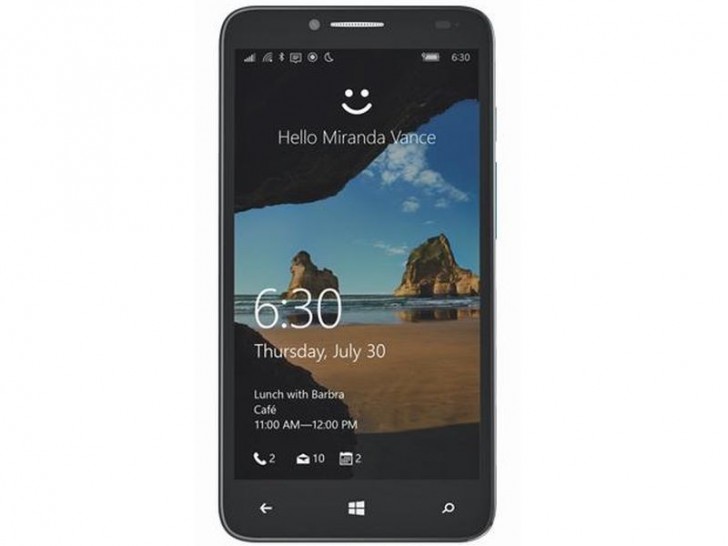 The Windows 10 iteration of the Alcatel One Touch Fierce XL will have a 5.5-inch 720p touchscreen, an 8 MP rear camera, a 2 MP selfie shooter, Qualcomm's Snapdragon 210 SoC powering things, 2GB of RAM, 16GB of expandable storage, support for VoLTE and Wi-Fi Calling 2.0, capacitive buttons, and a non-removable 2,500 mAh battery.

So it's definitely in the lower-midrange segment. It's apparently going to become available from T-Mobile "in the coming weeks", and you should be able to buy one for less than $100 sans contract. The Fierce XL could be just the first of many Windows 10 Mobile devices to launch at T-Mobile, because the carrier has set up an extensive training guide on Microsoft's new OS for employees to take advantage of.

I just ordered my Fierce from T-Mobil. Been using WIN10 since it first became available and I love it! Android seems like a step backwards in user friendliness.

Hey guys, I have the fierce XL from when it first emerged with MetroPCS. I am thrilled with this phone and am excited about a windows 10 version. Although, I must admit it will be a little while before I purchase it because I never purchase windows p...