Alcatel One Touch Pop C2 surfaces in the Netherlands

Alcatel has added a new member to its One Touch Pop family of cheap, low-end smartphones, without actually telling anyone.

So despite not having been officially announced yet, the Alcatel One Touch Pop C2 is already available to buy in the Netherlands. 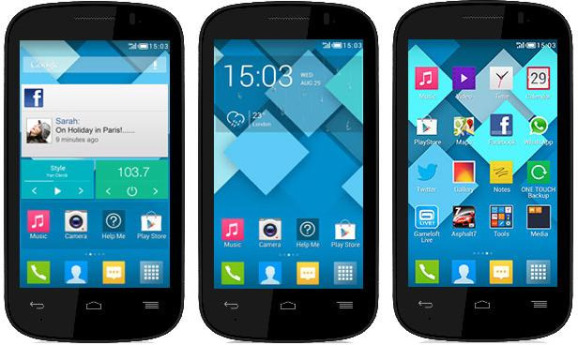 As its name implies, the C2 comes to join the previously outed One Touch Pop C1, C3, C5, and C7 - all of which were unveiled last September.

The new One Touch Pop C2 comes with a 4-inch touchscreen with 480x800 resolution, and a 3 MP rear camera. There's no front snapper to speak of here.

The phone is powered by an unknown 1.3 GHz dual-core processor, aided by just 512MB of RAM. It has 4GB of internal storage, which can be expanded through the use of microSD cards.

The software employed here is Android 4.2 Jelly Bean, a version of Google's mobile operating system that is now more than 18 months old. And given Alcatel's track record on the matter, you really shouldn't expect to get any updates.

With such innards, you were probably hoping to see a dirt cheap price. And you may have been right, as the Alcatel One Touch Pop C2 can be had in the Netherlands for just €79 - unlocked and without a contract.

It's not clear at the moment whether Alcatel plans on releasing this device elsewhere, though.

how do u Bluetooth to someone mus

A lot of Vodafone branded devices are Alcatel phones.