Alcatel is continuing its march here at the Mobile World Congress in Barcelona adding two more devices to the ones that it already announced a few days ago. Meet the One Touch Snap and its 4G-enhanced twin brother, the Snap LTE.

Rocking a yet undisclosed 1.2GHz quad-core processor (chances are it’s the one found in the Idol X) and 1GB of RAM, the Snap stands below the Idol X in the ranks of the Alcatel smartphones unveiled in Barcelona. It’s built around a 4.5” display with qHD resolution, which also boasts Dragontail Glass for protection and oleophobic coating to keep fingerprints away. 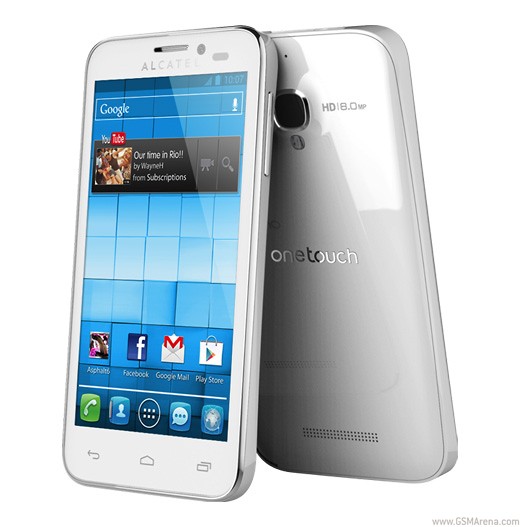 The Snap runs the latest version of Android 4.2 Jelly Bean and makes use of 1800mAh battery, which Alcatel has rated at 7h of 3G talk time and 340h on stand-by. There’s just 4GB of memory, 2.4GB of which is user accessible. Thankfully, there’s a microSD card slot to save the day.

At the back of the phone, there's an 8MP autofocus snapper with LED flash and 720p recording in its tool belt. The front camera is a 1.3MP one, and is also capable of shooting 720p videos. The Snap measures up to 130.3 x 67 x 8.99mm, but its weight hasn’t been disclosed.

As for the LTE version of the device, it surprisingly differs from its twin brother in a number of key areas. Firstly, the display is larger, at 4.65” but has a lower FWVGA (480 x 854 pixels) resolution. On the plus side, it still packs Dragontail Glass and oleophobic coating. 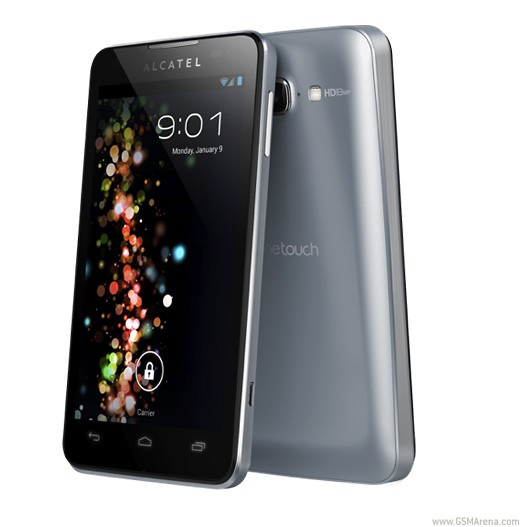 At the back, there’s an 8MP camera, which unlike the regular variation of the Snap, is capable of shooting full HD videos. The front facing camera is updated, too, and is 2MP. The phone's a bit thicker, measuring 134 x 69.6 x 10.9 mm due to the larger 2200mAh battery inside.

Sadly, the Snap LTE runs Android 4.1 Jelly Bean, which is still acceptable, but not the latest available around. The bad news continues with the addition of a dual-core, instead of a quad-core. The Snap LTE features a 1.4GHz dual-core Snapdragon CPU.

Naturally, it’s still early to talk pricing, but Alcatel is promising the Snap and Snap LTE to arrive in April and July 2013, respectively.

They should have used the same material for the back as the device the one touch idol. Still if priced correctly this can take a good chunk out of mid range (price wise not full spec wise).

I bet every budget smartphone with 1-1.2ghz dual-core CPU uses MTK6577. Not the best choice, but better than single-core ones.