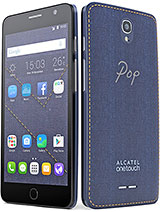 Don't buy this phone because it's shit. It has the worst battery I ever see.

AnonD-699494, 29 Sep 2017Have another of these from cex 2nd hand. Rooted with Kingroot easily, debloated, 4.41G availa... more Still going strong!
Some of the battery problem is the twin homescreen with the (experimental) swipe left weather overlay. It still connects to a server, but is constantly looking for location... not integrated well.
Can be nixed with a root and swap-out system launcher for anyone brave enough to try.

Have another of these from cex 2nd hand. Rooted with Kingroot easily, debloated, 4.41G available out of 4.67G.
Edited build.prop to limit wifi scanning & dalvik heap, and get a little bit better battery. Use a lockscreen too as phone may not sleep properly without...

Honestly the worst phone in existence, ive had three of these so far (due to being stuck on a lousy contract) and everytime the same problem occurs which is that the charging port becomes loose and broken and the battery life drains in about 5-6 hours. Not to mention how glitchy and laggy this phone is. Can't wait to get a new contract aha

This has to be one of the worst phones I've ever had... I got it no for a year and a half, the phone started bugging after having it maybe for 2 months, started lagging badly, did 10 factory resets by now but that doesn't do the deal either, I don't even download games, all the cache is cleared and it's still lagging like crazy...The camera is really bad even tho if it has 8mp, if anyone thinks about buying this phone, skip it and find a better phone!

Nemanja, 29 Apr 2017Hi guys i been having this phone for like 1 year and i got many problems with them.Phone baggi... morefactory data reset

Hi guys i been having this phone for like 1 year and i got many problems with them.Phone bagging so much many app stop working can someone tell me how can i fix it?

AnonD-652969, 15 Mar 2017The Sim card slot is not functioning is there any way u can help. Sylla ... moreSIM card has "golden side" - that is contact side - let's say down side. Well, on up side paste some small pieces of tape (tape for boxes etc)... That could help to improve contact between SIM (contact side) and phone because tape can fullfill tiny, empty space (I saw this advice on Gsmarena - here, for another phone). Good luck.

Hi all I've had this phone for a while and its doing its job pretty dam good 1 bit of advice for people to keep the phone running fast and sweet 1st thing is to root and remove bloat and unessential apps BUT do not use root apps to improve the phones performance I.e lspeed seeder etc after you have removed bloat etc remove root and go into developer options set animation scale to off on all 3 options and turn on force GPU rendering and that's it the pop star will fly.I did use a couple of root apps to try and make some improvements but it did more harm then good so I fully unrooted with all the bloat gone and the pop star is doing great NO LAG what so ever just hope my post will help others

The Sim card slot is not functioning is there any way u can help.
Sylla

Stefanius, 22 Feb 2017How much internal memory does this phone have? It says 8 gb, but after I did factory reset it ... moreDid you forget about the system itself? That probably takes arround 3 gigs in average...

How much internal memory does this phone have? It says 8 gb, but after I did factory reset it had like 3,5 - 4 gb of memory? I know that Andoid system and bloatware take memory, but 4 gb really??

I honestly regret buying this phone..battery is not reliable and heats up really badly..and the touchscreen becomes less responsive after a while..the phone cannot withstand pressure..buy this phone at your own peril

which is the best silicone protection?