Alcatel loves CES – each year the company brings several new devices to the expo and this year is no exception. A phone, a phablet and two tablets were unveiled at the trade show, all of them Android-powered.

The Alcatel One Touch POP C9 is a 5.5" phablet with entry-level (for the category) specs. The IPS display has qHD resolution (200ppi pixel density) and the phablet is powered by a quad-core 1.3GHz processor (likely on a MediaTek chipset) running Android 4.2. There's 1GB of RAM and 4GB of built-in storage, with an option to add up to 32GB more via a microSD card.

The POP C9 has an 8MP/HD video camera on the back and a 2MP front-facing camera. On the connectivity side, there's 3G, Wi-Fi and Bluetooth 4.0.

The battery is disappointingly small though, it has only 2,500mAh capacity. According to official numbers that's enough for 8 hours of talk time on 2G networks and just 4 hours on 3G networks.

The Alcatel One Touch POP C9 will be available in a variety of bright colors: Bluish Black, Cherry Red, Full White, Hot Pink or Fresh Turquoise. There will be a choice of flip covers too.

Alcatel One Touch POP7 and POP8

The One Touch POP7 and POP8 are two Android-powered tablets with 7 and 8 inch screens accordingly. Both are entry-level devices, with the POP8 having the better specs.

The connectivity is well covered by 3G (rare in the entry-level field), Wi-Fi, GPS and an optional IR blaster. 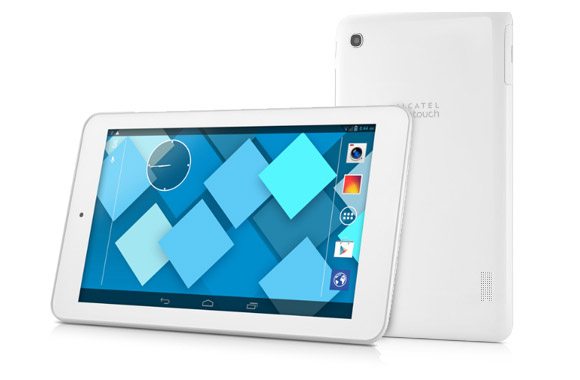 The POP7 weighs 285g and will come out at the end of February, while the POP8 will be out some time in March. Both tablets will have optional flip covers similar to the POP C9 phablet. 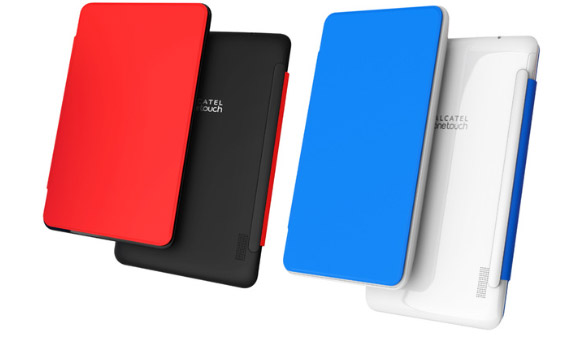 Unlike the other devices, the One Touch Idol X+ is not exactly new (it was announced for China earlier) and is higher end. It's a 5" phone with a sharp 1080p IPS LCD screen and MediaTek octa-core MT6592 chipset (8x Cortex-A7 @ 2GHz, 2GB RAM, PowerVR SGX544 GPU).

It also packs a 13MP / 1080p camera on the back and a 2.1MP camera on the front, 16GB of expandable storage and quality sound hardware with 24bit/192kHz audio playback. 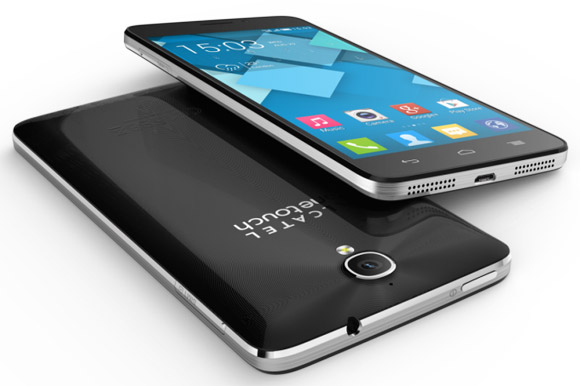 The phone is only 7.9mm thick. The Idol X+ has a brushed metal frame with "0 bezel and borderless, 2.4 mm edge-to-edge design". The battery has 2,500mAh capacity, which seems quite low for the screen resolution and 8 CPU cores.

There's no official info on the pricing and availability of the world-wide model of the Alcatel One Touch Idol X+, but the one in China will go on sale in the middle of this month at $330.

you on drugs? the X+ runs on Octa cores, as bad as you think mediatek is this new soc is actually decent and performs almost twice than their previous quadcore and quadcore turbo, and Mali 450 is a very good gpu,and its very energy efficient I have a...

Wow they are not after Samsung here at all.