It's already confirmed by now that Apple is going to release three variants of this year's iPhone - a plus-sized iPhone X, a direct successor to the iPhone X and a "budget," by Apple's standards, iPhone with a 6.1-inch LCD.

We've heard a lot about these devices for the past few weeks and months, but it's just now we get to see how all three iPhones will look like from the front. Take a look at their panels. 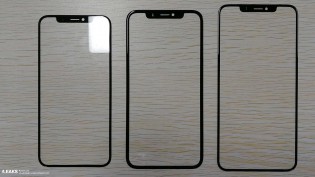 We were able to find three images coming from two different sources and the panels look identical. The 6.1-inch panel in the middle features slightly thicker bezels and a bigger notch while the premium OLED panels measuring 5.8" and 6.5" (presumably the iPhone X and iPhone X Plus) have noticeably thinner bezels and smaller notches. We note here that the latter two feature a notch of the same size so the iPhone X Plus should deliver the best screen-to-body ratio in the lineup. 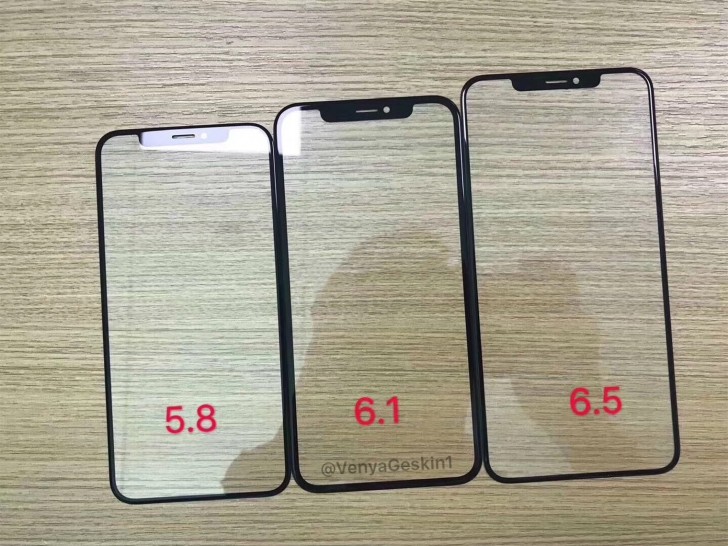 Interestingly enough, the cheaper iPhone's the notch also has three cutouts - enough to house all the needed sensors for Apple's Face ID to work. And the nearly non-existent chin suggests that LG and Apple have figured out how to produce the LCD panels to match the iPhone X's aesthetics.

may be 6.1 will be low cost iphone around 60k single camera & lcd display.

cool thanx or at the back of the phone..wait and see the whole shenanigans about it