Android Lollipop has definitely been stirring up enthusiasm all over the mobile world. Major manufacturers are still knee deep in the update frenzy and eager users can't wait to get their hands on the new sugary goodness. While a lot of us are still waiting on support to roll out Google is definitely not easing its foot off the gas pedal. 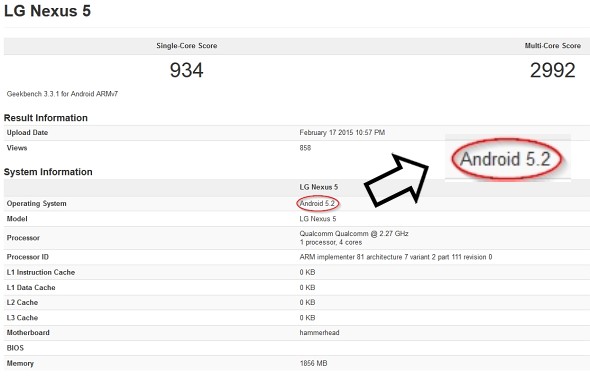 A few days ago we reported that Android 5.1 is now official and is already shipping with Android One devices, but a new Geekbench score now points towards the existence of a yet unknown 5.2 build. The page in question seems to show the Nexus 5 running the ROM so there might just be some truth to the matter. 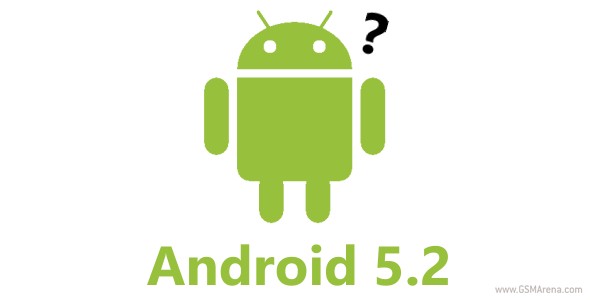 Of course it is natural that Nexus devices are first in line for every iteration of Google's mobile OS, but the jump from 5.1 to 5.2 in such a short time frame is a little bit odd, especially seeing how AOSP branches currently only reach version 5.0.2. We certainly wouldn't rule it out though with one possible explanation being a major bug fix or perhaps even a big new feature. There is, however also the possibility of a custom ROM intentionally reporting a false Android version.

If the whole thing does turn out to be true, then Google might have a big surprise in store coming really soon. We will be sure to keep a close eye on the matter and keep you updated.

For sure it is NOT hoax. It is apears on my Android One. I m looking for wifi access to update my phone.

You have the wrong phone, not Googles fault...

What phone do you have?