We've seen alleged sketches of the Apple iPhone 6, which led to the creation of a 3D render of what the final deice might look like. Now, a "very reliable" source from China sent photos of a physical dummy of the device.

The dummy looks like an iPod touch, except with even more rounded sides. The front shows the outlines of the display (16:9 by the looks of it), but no hole for the Home key and not a lot of room for it either. 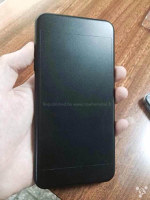 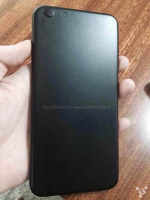 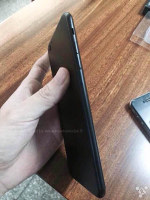 The back shows a camera in the upper left with a round hole for the flash next to it. The dual-tone flash on the iPhone 5s was more rectangular than round, but the leaked sketches also showed a round flash. They show a Home button on the front too, as does an alleged photo of the front panel.

There's no size reference in the photos, but the front panel indicates a long awaited screen size increase – 4.7". The dimensions of the device itself are purported to be 137 x 66 x 7.1 mm.

Thanks to Steve for sending this in!

I think the iPhone 4S is the sexiest design! I mean I didn't care for the glass cause it would fall on my face and it hurt. But it looked very classy. Small yet large enough felt good in the hand. I think the 5 was ok and so was the 5S and the 3GS lo...

Looked ugliest smartphone in the world