Less than a day before the official announcement, the alleged specs of the Apple iPhone 6 leaked out. The information was posted online by China Mobile – the largest wireless carrier in the world. 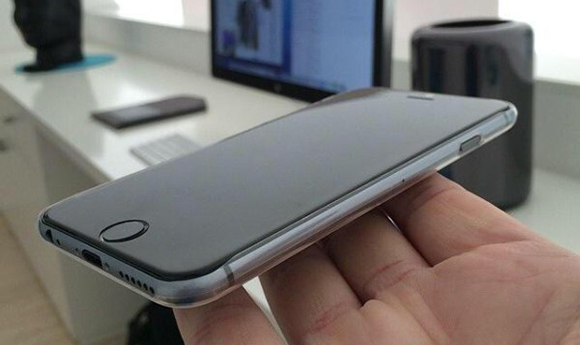 Curiously, the leaked specs of the hotly anticipated smartphone differ from past leaks. Purportedly, iPhone 6 will feature an Apple A8 chipset with quad-core CPU and 4.7” display with the rather unimpressive resolution of 1134 x 750 pixels, covered by sapphire glass.

According to China Mobile’s sign-up page, the iPhone 6 will pack an 8MP main camera and a 2.1MP front-facing unit. The device will be available in versions with 16, 32, 64, and 128GB of built-in memory.

Physical measures of the iPhone 6 are listed to be 138mm x 67mm x 7mm. Curiously, the Chinese carrier lists the device as being water and dust resistant.

China Mobile has listed only the specs of the 4.7” iPhone 6 model. Information on the 5.5” model is not displayed.

Overall, should the above specs turn out to be the real deal, iPhone 6 will have its work cut out against the competition. Thankfully, we don’t have to wait long to find out all about the device. In the meantime, you can check out a roundup of all past leaks over here.

Why do you wanna go for the camera, if you really wanna use camera then you should go for Canon or Nikon DSLR.