A tempered glass screen protector has leaked and it's allegedly destined for the upcoming Samsung Galaxy Note9.

The protector looks identical to the same product for the current Samsung Galaxy Note8, which means one of two things - either the next Note flagship will have the same screen size and no notch, or this is a protector for the Note8. Given the contributor's track record, this may be the real deal, though. 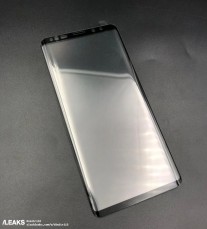 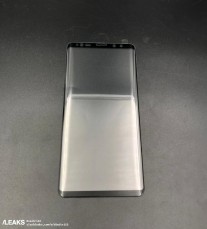 There's even a little video of the protector being handled.

The Galaxy Note9 debut is expected sometime in August. It will likely carry the Exynos 9810 shared with the Galaxy S9/S9+ and could even have up to 8GB of RAM.

There's good money on the Galaxy Note9 carrying the same dual camera as the Galaxy S9+ too.

couldnt have said it better myself bud! Rock on!

Thank god sammy is not going to that stu**d notch way at least they have a brain in that i wonder fro how long anyhow I've been waiting patiently for this beast let see what they gonna give us if it doesnt capture my attention i will just hold on to ...

who cares? for the millions of people who have bought 1 (me included) i couldn't care less about the design as I don't intend to walk around showing off my phone. I prefer its functionality over design any day. in fact, battery life is fantastic! you...