Just days before the official "Let's talk iPhone" event kicks off in Cupertino rumors about the next-gen iDevice are heating up - big time. The latest are the iPhone 5 cases that had popped up in AT&T's inventory database. Well now we have pictures to share of them.

A ninja dressed in AT&T shop assistant clothing has sent these pictures to MacRumors. They show the previously leaked Case-Mate cases for the iPhone 5. Judging by them the next incarnation of the iPhone will be way thinner than the current iPhone 4, the LG Optimus Black and the Samsung Galaxy S II - somewhere along the lines of the iPad and sharing the same design as the slate with similar tapered edges. 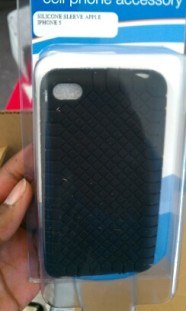 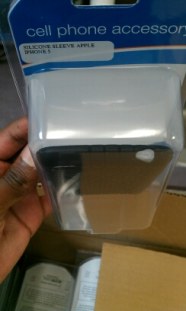 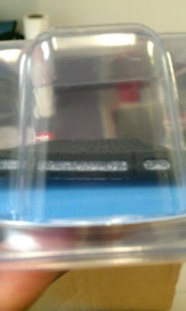 And in case you'd like to see what the next iPhone could look like based on these cases, you can check out the video below. It's in German but there are English subtitles so you're covered. There are tons of pictures too.

This iPhone 5 mockup was made using CAD drawings, CNC tools and some aluminum. Now we should stress that if you haven't already guessed it this isn't the next iPhone and it's not some real-life prototype Apple lost in a bar or anything of the sort. It's just a very crafty mockup based on the leaked case designs so far and nothing more.

Still this could turn out to be very close to the real deal but we'll know the answer to that one in just 5 days anyway.

it will be announced later...