If you've been waiting to know when Lenovo will start rolling the Android 6.0 update to its phones, here is some good news: a leak (shown below) allegedly revealing the Chinese company's Marshmallow update roadmap has surfaced online. 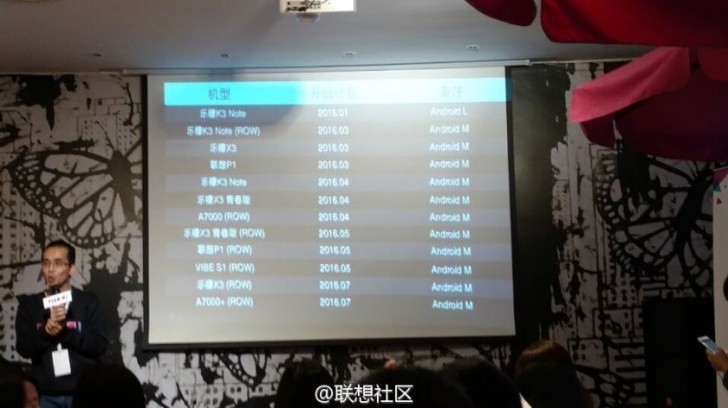 The leaked image shows that the international version of the K3 Note will be the first to get the update, something that will happen in March 2016, followed by the Chinese versions of the Vibe X3 and Vibe P1 in the same month.