Alleged live photo of Motorola’s yet to be announced Moto E made the rounds online. The image showcases the previously leaked handset alongside the Moto G. 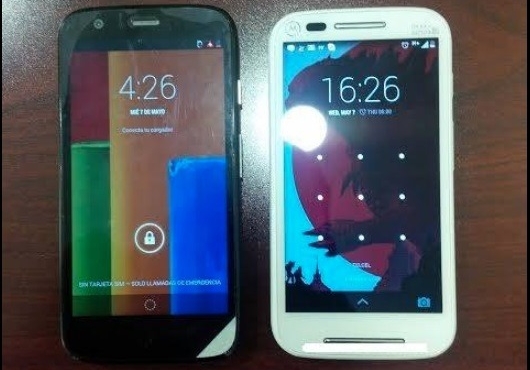 As you can see in the photo above, the Moto E looks decidedly cheaper than the already budget-conscious Moto G. The white-colored handset appears to lack front-facing camera. The chrome strip below the display on the other hand could well be a speaker slot.

A leaked sketch of the upcoming device with the tagline “Hello new Moto” also suggests that the Moto E will likely have a front speaker. See it below. 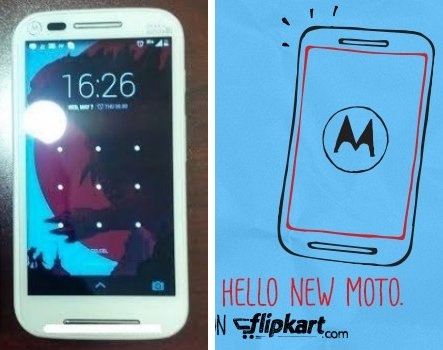 much better from samsung ...also not like samsung plastic body useless mattarial

very close design to lenovo a390 and, nothing more than a galaxy series design LOL