Alleged live photo of Samsung Galaxy S6 made the rounds online. Samsung is expected to launch the successor of the Galaxy S5 at some point in early 2015. 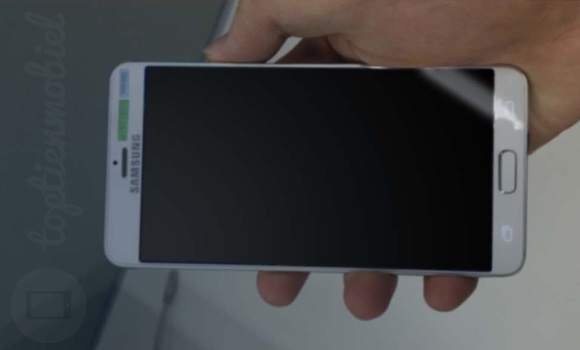 Update: It turns out that the purported photo you see above is not the real deal. The image was quickly debunked by the folks from NowhereElse. 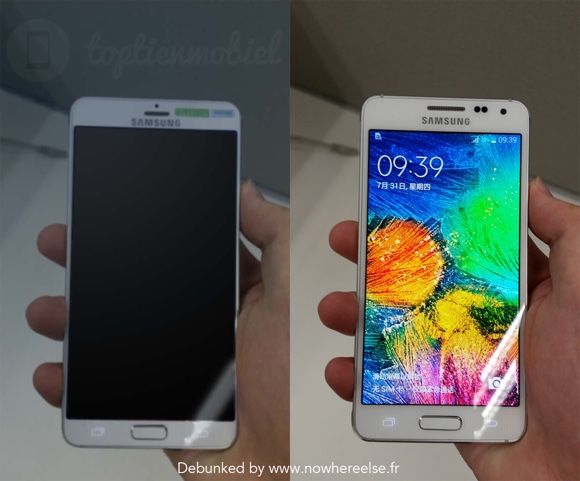 The handset in the photo above is said to be prototype of the upcoming Samsung Galaxy S6. It sports ultra-thin bezels and metal edges - we can’t confirm if the entire back of the smartphone is made of metal at this point.

Overall, the Samsung Galaxy S6 prototype seems to look a lot like Apple iPhone 6 Plus. The handset’s curved edges are the main reason for the similarity.

There is no word about the specs of the device at this point. Rumors point at Snapdragon 810 or Exynos 7420 chipset, 5.5” QHD Super AMOLED display, and 20MP camera.

I agree. You can see two different bezel sizes in the comparison pics.

yup....sure you can but the risk of dropping it is higher...

One m7 was identical to iphone 5, ie. Top middle and bottom 3 sections.at the back, m8 copied the dualtone flash