A new Motorola device has been spotted in a benchmark listing. Listed as XT1989-05, the handset is alleged to be the Motorola Moto Z2 Force. The AnTuTu listing for the phone reveals some of its key specs like Snapdragon 835 SoC and 1440x2560 pixel resolution display. 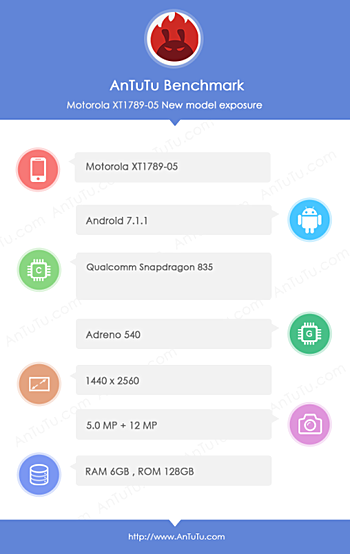 Other revealed specs include 6GB RAM and 128GB storage, 12MP/5MP camera combo, and Android 7.1.1 Nougat OS. Rumors so far have suggested the handset will sport a 5.5-inch display, and feature ShatterShield technology to prevent the screen from easy breakage in case of a drop.