Alleged Nokia 5.1 Plus (or X5) gets Bluetooth certification

A Nokia smartphone carrying a model number of TA-1109 - which already went by CCC in China - has now received Bluetooth certification. While the certification doesn't reveal much about the device, it does show that it's powered by a Mediatek chipset. 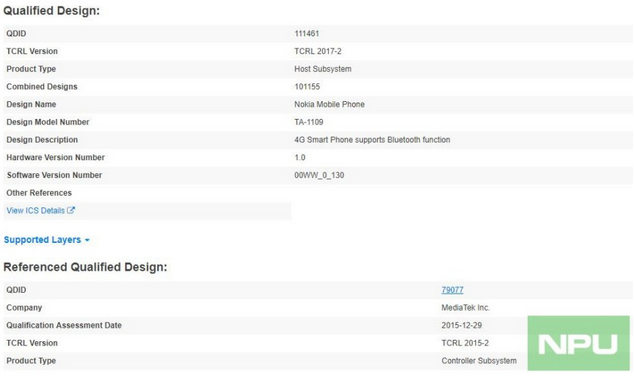 Meanwhile, in another Nokia-related development, two more models of the Nokia X6 - TA-1083 and TA-1116 - have also been spotted in Bluetooth certification listings.

These are said to be international models (the TA-1116, if you remember, was spotted in a Russian certification even before the Nokia X6 was made official).

The Nokia X6 is currently China-specific, but HMD has confirmed it will be made available in other markets as well. Details related to when this will happen aren't yet available.

no mediatek. snapdragon would be great...

Back cover still so much like motorola x style

True, though polls have shown that mainstream consumers don't ready care about a notch, they just but it.