Update: A couple more pictures have been added to the original post.

The days leading up to the MWC are usually filled with tons of rumors and one in particular has been heating up - that Nokia will unveil one or more affordable Lumias. Now, purported images of two models - the Lumia 520 and the Lumia 720 - have cropped up, pouring even more fuel into the fire.

The image of the Nokia Lumia 720 shows a handset that looks similar to a Lumia 820. The glass on the front is curved (it's not curved on the 820), while the sides and the back are a colorful plastic shell. 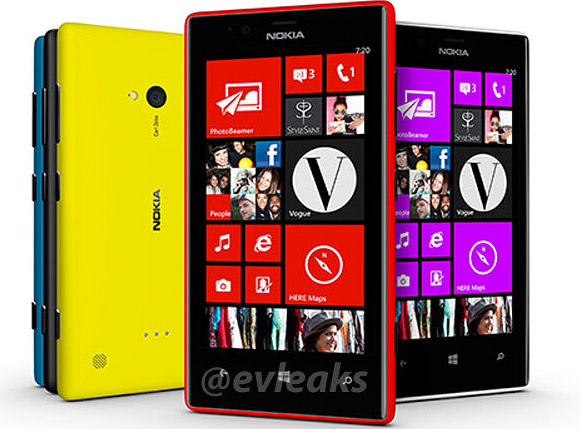 There’s a Carl Zeiss label next to the camera on the back, but no resolution label. It’s also interesting that there are three pogo pins at the back, those are usually used for charging while the phone is in a dock, so the Lumia 720 probably won’t have wireless charging ( though it might be a similar deal to the Lumia 820 where a different shell can enable wireless charging).

The Nokia Lumia 520 kind of looks like a Lumia 505, except the glass on the front is flat. The bezel around the screen seems thicker on this one, but the back is in bold colors, this seems to be becoming Nokia’s design signature. 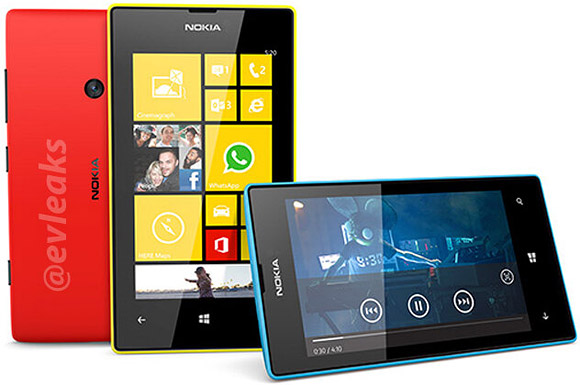 Anyway, there’s no way to confirm that these images are real - not until Monday when Nokia is holding a press conference. @evleaks has been a pretty reliable source of leaked press pics of unannounced phones in the past so we wouldn’t be surprised to see these two on the stage. But will Nokia show the mystical Lumia 1000, the high-megapixel PureView Windows Phone or is it pure speculation?

its a good hendset, with many features