Samsung recently announced the Galaxy A02s and according to recent rumors, the company is looking to launch an even lower-end smartphone called Galaxy A02. A Geekbench listing reveals that such a phone is indeed in the works. 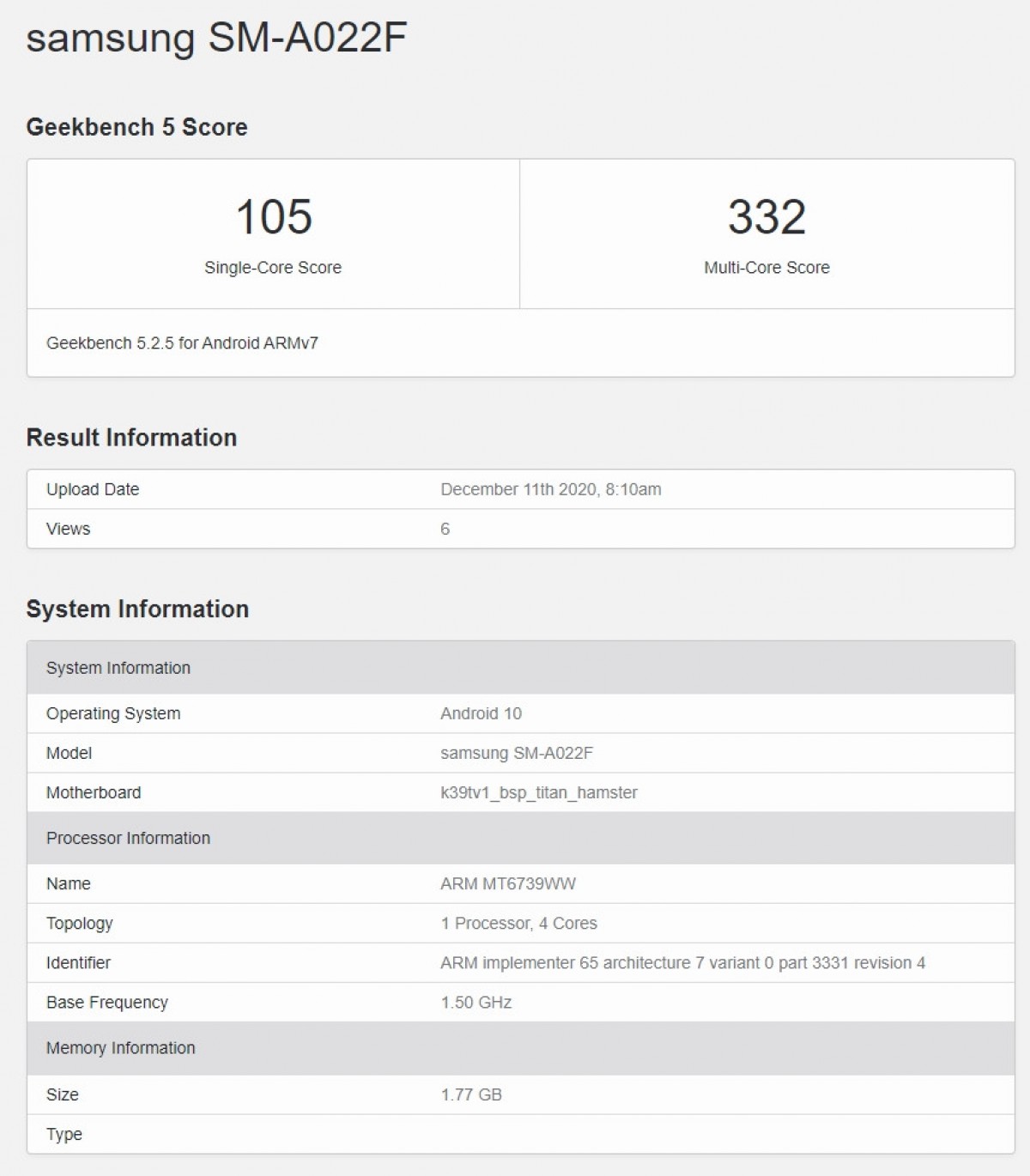 The score sheet shows a phone with model number SM-A022F, which perfectly aligns with the A-series naming scheme. The Galaxy A02s, for example, is SM-A025F/DS/G/M depending on the region so this might be the even lower-end vanilla A02 we are talking about here.

The limited amount of specs provided back up the theory. The chipset is as MediaTek MT6739WW, which houses a quad-core CPU with Cortex-A53 cores clocked at 1.5 GHz based on the 28nm manufacturing process. This is a 2017 SoC of lower power than the Snapdragon 450 (14nm).

The memory configurations will start from 2GB of RAM as opposed to 3GB on the A02s. Lastly, the phone will launch with Android 10 out of the box, which isn't a big surprise given that this is one of the most affordable Samsung devices.

If Samsung really putting 28nm chipset in the A02 after the still acceptable 12nm SD439 in the A01, then it only means one thing: Samsung wants maximum profits by cutting cost. This approach can already be seen in the $400 A42 using 720p display.